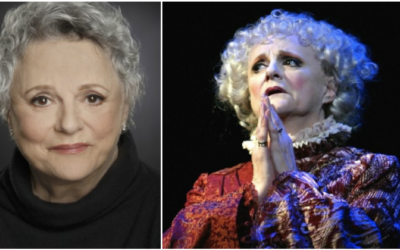 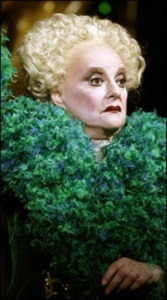 Four Broadway theaters will dim their lights tonight in memory of actor Carole Shelley. The Gershwin Theatre, the Walter Kerr Theatre, the Gerald Schoenfeld Theatre and the Imperial Theatre, all theaters where Shelley performed, will dim their lights at 6:45 p.m.  Shelley made her Broadway debut in 1965 in The Odd Couple and won a Tony Award for her role Elephant Man in 1979 all at the at the Gerald Schoenfeld Theatre. In 1994 she first appeared at the Gershwin Theatre in Show Boat and in 2003 returned to that theatre to originated the role of Madame Morrible in Wicked. At the Imperial Theatre she appeared in Billy Elliot: The Musical, for which she received a 2009 Tony nomination. Shelley was last seen on Broadway in the Tony Award winning musical A Gentleman’s Guide to Love and Murder (2015) at the Walter Kerr Theatre.

“Carole Shelley was a graceful, generous and pluperfect human being.  She was a creative phenomenon.  A consummate artist.  And one of the best actresses in the English-speaking world.  It was an honor and a gift to have known, admired and respected her.  When they name a Broadway theatre after her, I pray they call it The Great Carole Shelley Theatre.” Judy Jacksina (publicist for Stepping Out) 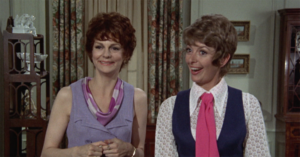 “Carole Shelley was as skilled at the repartee of The Odd Couple as the heartbreak of The Elephant Man and the outsized joy of Show Boat; as indelible in plays as in musicals. During an extraordinary 50 year Broadway career, she originated characters that stood the test of time and earned the devotion of anyone who worked with her,” Thomas Schumacher, chairman of the Broadway League, said in the press release. “She will be greatly missed. Our thoughts are with her family and friends.”

Shelley was born in London, England, the daughter of Deborah (née Bloomstein), an opera singer of Russian Jewish descent, and Curtis Shelley, a composer of German Jewish origin. Her father had migrated to London before World War II. 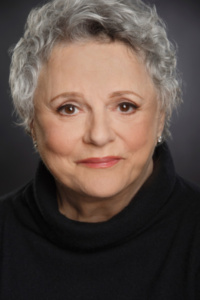 Shelley reprised the role in The Odd Couple for the 1968 film version (with Jack Lemmon replacing Carney), and for (the first part of) the first season of the subsequent television series (starring Tony Randall and Jack Klugman). She played Rosalind in As You Like It at the 1972 Stratford Festival in Ontario. On Broadway she appeared in The Astrakhan Coat at the Helen Hayes Theatre (1967), Loot at the Biltmore Theatre (1968),  Noël Coward’s Sweet Potato at the Ethel Barrymore Theatre (1968) and Hay Fever Back at the Helen Hayes Theatre (1970). She received her first Tony Award nomination in 1975 for her performance as “Jane” in Absurd Person Singular at the Music Box Theatre and was in all three of The Norman Conquest plays in 1976 at the Morosco Theatre. In 1993 Shelley appeared in The Misanthrope at Circle in the Square Theatre and from 1983 to 1985 she made us laugh in Noises Off at the Brooks Atkinson Theatre. Nominated for the Tony Award as Featured Actress in a Play in 1987 for her performance as “Maxine” in Stepping Out, Shelley next went back at Circle in the Square Theatre in 1990 to take on the classic play The Miser. 1997-98 The Last Night of Ballyhoo at the Helen Hayes Theatre and Cabaret as Fraulein Schneider at The Kit Kat Club and Studio 54 on and off from 1998 – 2004. In 1982 off Broadway she won an Obie Award for her performance Twelve Dreams. 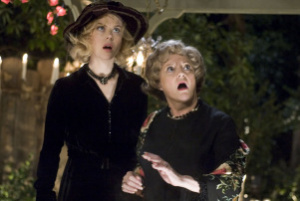 She was featured as “Aunt Clara” alongside Nicole Kidman and former Wicked co-star Kristin Chenoweth in the 2005 film Bewitched.

She lent her voice to several roles in Disney animated films; notably, Amelia Gabble (the Goose) in The Aristocats (1970), Lady Kluck, Maid Marian’s sidekick and lady-in-waiting, in Robin Hood (1973), and Lachesis the Fate in Hercules.