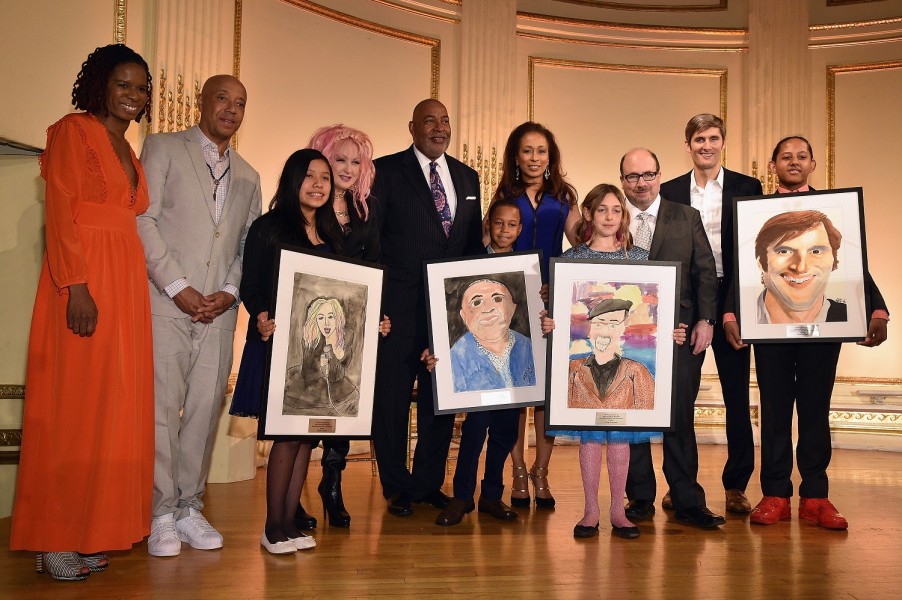 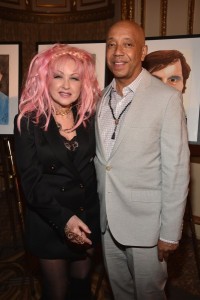 The beloved affair honors individuals for their careers and philanthropic achievements, and their unyielding dedication to our youth, arts and education initiatives. Cyndi Lauper (Co-founder of the True Colors Fund), Charles Best (Founder & CEO, DonorsChoose.org), Craig Newmark (Founder, craigslist and craigconnects) and Guy Vickers (President, PVH Foundation) were honored for their contributions to the art world and community.

“I support this foundation because they are supporting the kids,” said Lauper. “The kids are the future. Without them it really is a dull world.”

“It is amazing what all that the Simmons brothers do. This organization has really changed a lot of kids lives,” stated host Tunie. “Anyone who supports this organization is just an angel sent from heaven.”

Now celebrating its 21st year, Rush Philanthropic Arts Foundation was founded in 1995 by brothers Russell, Danny and Joseph “Rev. Run” Simmons, a 501c3 organization, dedicated to providing inner-city youth with significant exposure and access to the arts, and to offering exhibition opportunities for emerging and underrepresented artists. Over the past 21 years, Rush has developed a broad base of friends, collaborators and supporters dedicated to supporting its mission. In addition to the 3,000 students served annually in its education programs, each year Rush exhibits the work of over 100 emerging and community-based artists in its galleries, and welcomes over 10,000 gallery visitors to its spaces in Chelsea, Manhattan (Rush Arts Gallery) and Clinton Hill, Brooklyn (Corridor Gallery). For more information, visit http://rushhearts.rushphilanthropic.org/