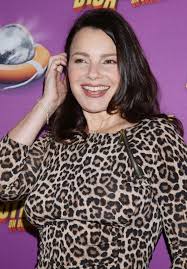 Broadway Sings for Pride will premiere their 8th Anniversary Benefit Concert at The Cutting Room in Manhattan.  This star-studded event will be filled with singing (from pop to Broadway), stories, and surprises! The proceeds will benefit The Tyler Clementi Foundation, a non-profit organization committed to end online and offline bullying.
“Revolution” will be hosted by real-life couple Anthony Bowens (Pro Wrestler, Outsports, People.com) and Michael Pavano (Actor and Model).  Most recently, the couple has founded Michael & Anthony on YouTube to a huge success which is seen all over the world.

The event will begin at 7:30pm at The Cutting Room (44 E 32nd St, New York).  Tickets can be purchased at www.BroadwaySingsForPride.com or http://tinyurl.com/revolutionbway.

Charles Santoro will serve as the musical director, arranger and pianist. He will be joined by David Cinquegrana on guitar, Joe Mankin on bass guitar and John Ferrari on percussion. Neal Bennington will produce the event and Robert Miele will serve as technical director. “Revolution” is made possible with the generous sponsors of The Pierre Hotel, International Spirits & Wines of Mount Kisco, Tony Seker, Coloring Broadway.  Makeup and hair services will be provided by: Amy Sue Nahhas, Emma Berley, Marisa Mircovich, Geneva Fong, Maria Di Marco, Rayna Weil.

For tickets, reservations, and information visit:
www.BroadwaySingsForPride.com, http://tinyurl.com/revolutionbway, or call (212) 691-1900

ABOUT BROADWAY SINGS FOR PRIDE