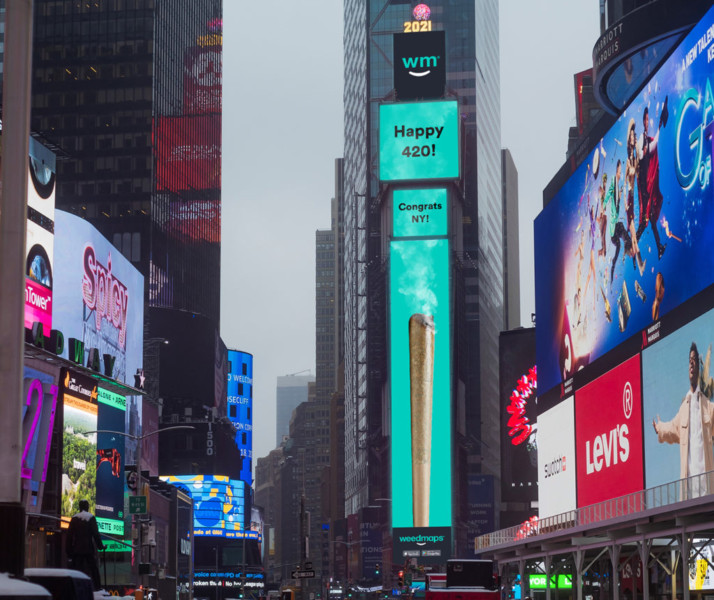 In France Kobili Traoré, was a known drug dealer, who smoked pot every day for 13 years and had up to 15 joints a day. There was never a day when he wasn’t high. He murdering his elderly Jewish neighbor, Sarah Halimi, in 2017.  Shouting “Allahu Akbar,””God is great” and “I killed the devil,” in Arabic, then threw her off the balcony of her third-floor Paris apartment.

On Wednesday though Traoré, admitted to the crime, France’s top court ruled he would not go on trial. The reason he will get away with the crime is Traoré can not be held criminally responsible for his actions because he was in a state of drug-induced psychosis, a state he was in everyday.

In Times Square, Weedmaps to celebrate the legalization of recreational 4/20, congratulate the state and made a case against the incarceration over cannabis possession.

They called on New Yorkers to “lift those legal joints” in honor of “this transformative time” as the industry looks for full federal legalization.”

Almost half a million people are locked up because of a drug offense, most from multiple offenses. Almost all convictions are the result of plea bargains, where people plead guilty to a lesser offense, perhaps of a different category or one that they may not have actually committed.