“Groucho” Marx was an American comedian, actor, writer, stage, film, radio, television star and vaudeville performer. He is considered to have been one of America’s greatest comedians. He made 13 feature films as a team with his siblings the Marx Brothers, of whom he was the third-born. He also had a successful solo career, primarily on radio and television, most notably as the host of the game show You Bet Your Life. On Friday, May 6 is the 50th anniversary of Groucho’s acclaimed Carnegie Hall performance. 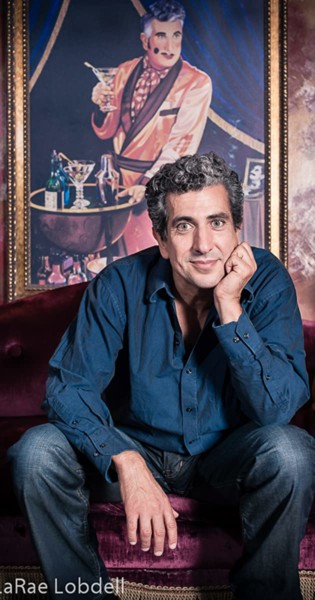 Frank Ferrante, is an American stage actor, comedian and director known for his inspired improvisation and audience interactive comedy. His lengthy, acclaimed stage runs as the legendary American comedian Groucho Marx in the Arthur Marx/Robert Fisher play Groucho: A Life in Revue, and his own internationally touring An Evening With Groucho, established his portrayal as one of the world’s top historic solo shows alongside Hal Holbrook’s Mark Twain Tonight. Ferrante was nominated for the Laurence Oliver Award for ‘Comedy Performance of the Year’ for the title role in Groucho: A Life in Revue in London’s West End in 1987. Prior, he won New York’s 1987 Theatre World Award for ‘Outstanding Debut’ for the same role.Frank also premiered a filmed version on public television of his long-running stage comedy show about Groucho Marx, An Evening with Groucho, That show is streaming on PBS.

T2C talked with Frank about Groucho and so much more. 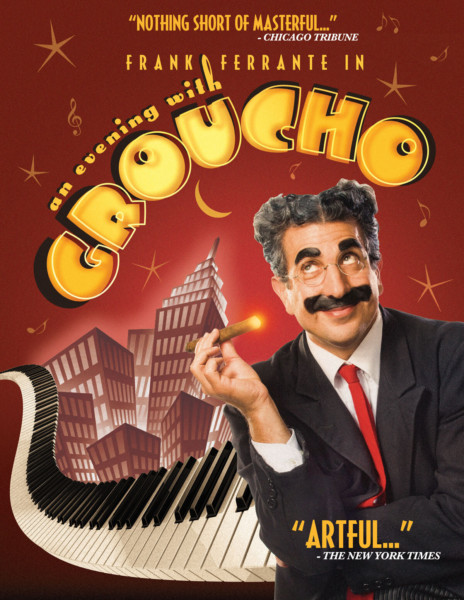