At a fabulous brunch The Mamarazzi’s Denise Albert hosted a breakfast for Disney Channel’s Freaky Friday!  Heidi Blickenstaff, Cozi Zuehlsdorff and Executive Producer Susan Cartsonis joined in for a fabulous brunch at The Essex House as we heard all about filming. Click here for part 1

Heidi Blickenstaff & Cozi Zuehlsdorff visited the Theatre district yesterday afternoon and took a trip to Sardi’s, among other stops. Details and photos below, in the DISNEY link, as well as in dropbox if it’s easier. Possible for you to share online? 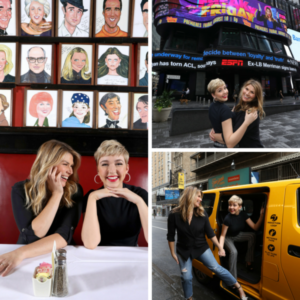 The cast is in New York to support the premiere of Disney Channel’s upcoming “Freaky Friday,” a body swap comedy about a mother and daughter who magically spend a day in each other’s shoes.  The musical TV movie, adapted from Disney Theatrical Production’s stage show, is a universal story about forming an understanding by “walking in someone else’s shoes.”  It was written by award-winning playwright Bridget Carpenter, based on the novel by Mary Rodgers.  Pulitzer Prize and Tony Award-winners Tom Kitt and Brian Yorkey wrote the music and lyrics, respectively.  Steve Carr is the director and executive producer with fellow executive producers Susan Cartsonis and Thomas Schumacher. 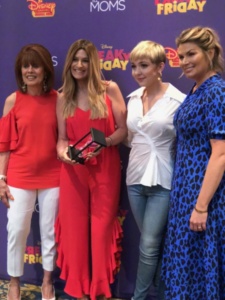