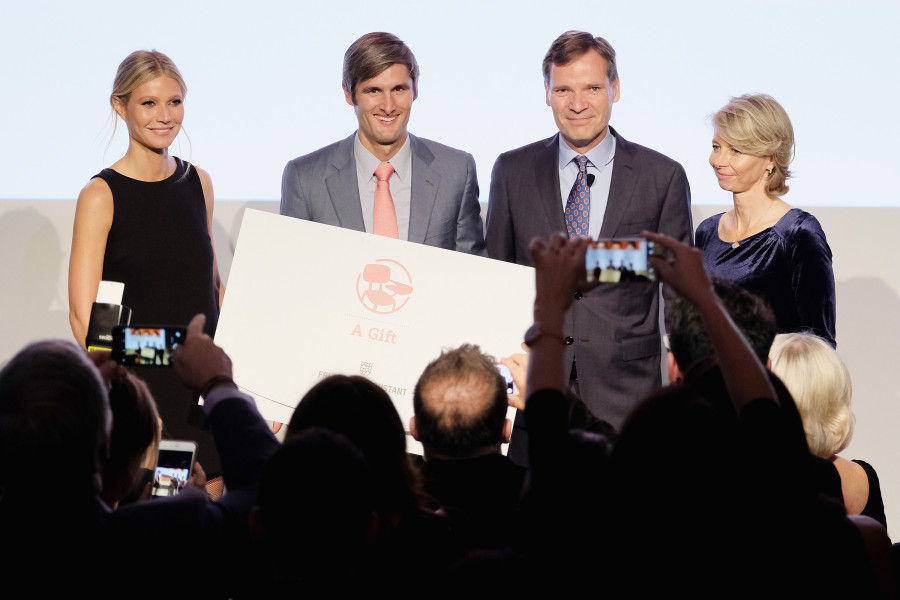 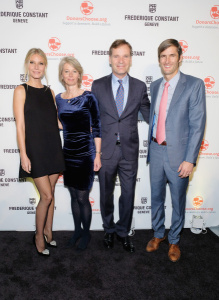 At the elaborate affair guests gathered to learn more about the about the brand, as well as ways to give back. As part of the ambassadorship, Gwyneth chose to align with charity organization, DonorsChoose.org, involved in supporting education for children, making it easy for anyone to help a classroom in need, whether it is through books, school supplies or funding field trips. 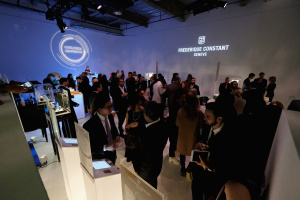 “We both love the charity Donors Choose—and we initially planned to collaborate on a campaign for them,” stated the Academy Award winning actress. “When I saw the watches, I got really excited—to work  together and support such an incredible cause—it was a no brainer.”

Originally launched in 2015, the Horological Smartwatch was born after three years of extensive research and development with Frederique Constant being the first in the Swiss watch industry to introduce a Horological Smartwatch. The enthusiasm over this innovative timepiece has materialized over the past year through incredible worldwide demand. Working with Manufacture Modules Technologies Sarl. (MMT), a Swiss company established in Geneva in 2015 for the development and commercialization of Horological Smartwatch modules, firmware, apps and cloud, both conceive innovative and creative ways to bring the technological traits of the Smartwatch into the traditional, classic universe of haute horlogerie.

For the first time, Frederique Constant introduces five new Ladies models as well as presenting five completely redesigned men’s versions. For this latest novelty, the recognizable sub-dial which is used to display the date and the “activity tracking” percentage opens up and the focus shifts to the 2, 4, 8, and 10 o’clock positions which reveal its newest features: call notifications, sleep monitoring, activity tracking, and text notifications, respectively. 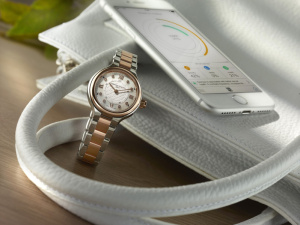 “It’s brilliant for  a traditional watchmaker to approach the smartwatch while maintaining the design codes that express their brand the best—in this case, these exquisite pieces,” said Paltrow. “The Horological Smartwatch is incredible—it looks chic and traditional, but does the job of a digital watch.”

The new Ladies models are a result of the two worlds of technology and tradition coming together, and this case complement each other to perfection. A classic look to accompany the modern woman of today in all her daily activities from the workingwoman, to mothers and sport enthusiasts alike, motivating her to move more, sleep better, and ultimately improve her overall lifestyle. 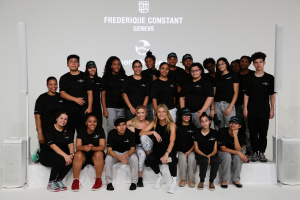 Prior to the event, Frederique Constant and Gwyneth Paltrow invited young students from the DonorsChoose.org program to attend a private fitness class hosted by the actress along with celebrity fitness trainer, Tracy Anderson. The challenge showcased the activity tracker functions of the new FC Horological Smartwatch while raising money during the challenge to support the charity’s initiatives. 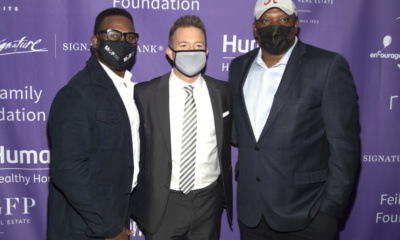 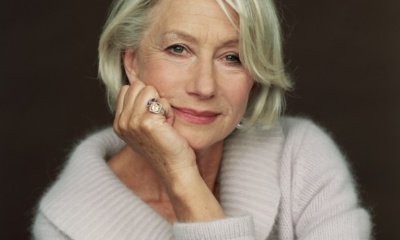