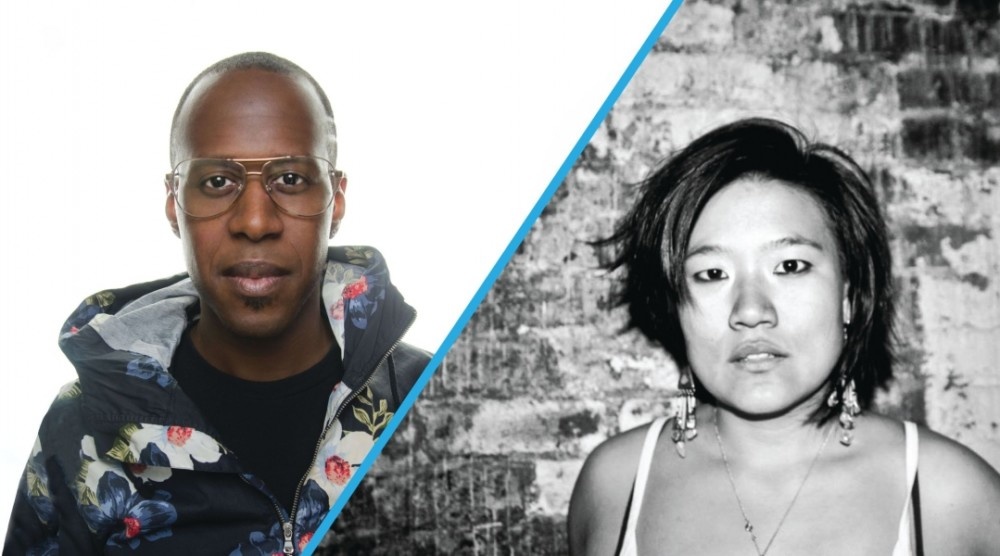 Before you take your seat in the theatre on Tuesday evenings, enjoy original music performed by Broadway actors and composers at the Crossroads of the World. Enjoy a FREE concert by Broadway professionals at the Broadway Plaza between 43rd and 44th Streets.

This week catch Marcus Paul James at 5pm and Diana Oh at 6pm.

Brooklyn native Marcus Paul James (MPJ) was born into a Baptist family with a Panamanian DJ father. He was raised in the church and singing in the choir loft as soon as he could stand. At home, MPJ was surrounded by the timeless voices of Luther Vandross, Stevie Wonder, Teddy P, and other R&B greats. The influence of these artists etched love for R&B, soul, gospel and tender ballads into his soul. Growing as a singer-songwriter and with a love for new music and experiences in his blood, using nothing but his soulful voice and eclectic flair, he landed roles on Broadway, TV, and Film. Currently a cast member of Ain’t Too Proud: The Life and Times of the Temptations (nominated for 12 Tony Awards), Marcus has been a part of many other award-winning projects like RENT, In the Heights, NBC’s “The Wiz,” and The Greatest Showman. In 2010, he released his first full-length album “Meant To Be” under Silver Towers Productions, in which the title track went on to chart on the UK soul charts. From that album, “Wonderful Love” and “Right Now” would go to hold 1st and 3rd on those charts for 5 consecutive weeks. MPJ’s music shines as the perfect balance of Soul, R&B, and popular music. A true singer-songwriter whose lyrics and music take your heart and ears to places few artists do, MPJ’s recent EP release “Paper Hearts” is a true testament to his vocal versatility and writing prowess.
www.marcuspauljames.com

Diana Oh is a multi-hyphenate Generative Artist — actor, singer, songwriter, director, maker of installations, performances, concerts, and parties, an open channel to the art that feels good to their body. Oh is a Refinery29 Top LGBTQ Influencer, the First Queer Korean-American interviewed on Korean Broadcast Radio, a Sundance Institute Fellow, TOW Fellow (Rattlestick Playwrights Theatre), Van Lier Fellow in Acting (Asian American Arts Alliance), Venturous Capital Fellow, Elphaba Thropp Fellow, writer with The Public Theatre’s Mobile Unit, and member of The Public’s Emerging Writers Group, Creator of CLAIRVOYANCE, a yearlong series with installations in Harvard Yard, the Boston Public Library, the Institute of Contemporary Art, culminating into a concert and tree planting at the Harvard Arboretum with A.R.T, {my lingerie play}: Ten Underground Performance Installations in my lingerie staged in an effort to provide a safer and more courageous world for women, queer, trans, and non-binary humans to live in culminating into a concert, The Infinite Love Party: an intentional barefoot potluck dinner, dance party, and sleepover for QTPOC and Their Allies, Asian People Are Not Magicians on mic.com and stars as Devon in the YouTube Series “Queering.” The New York Times calls Oh “irreverent.” You can call her “friend.”
www.dianaoh.co