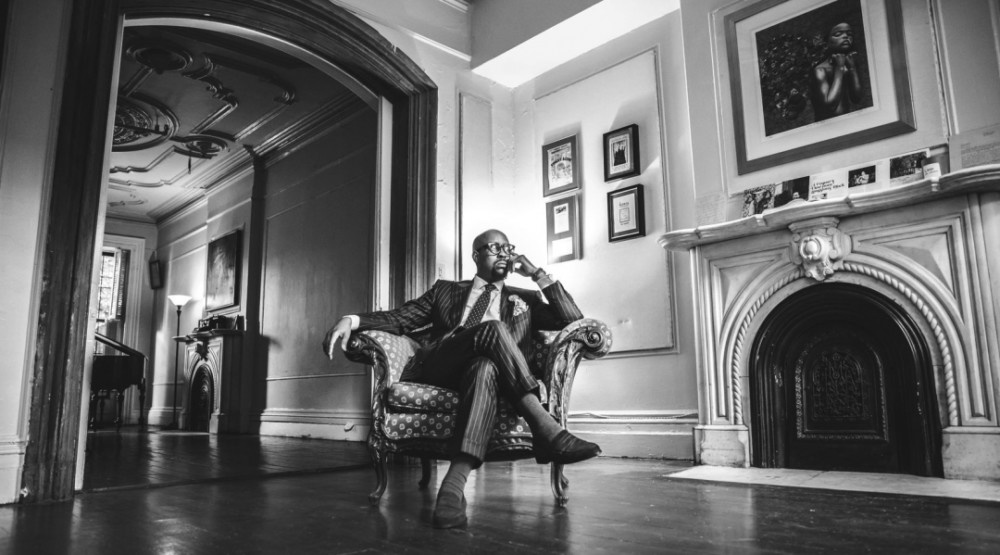 Give your Thursday night a new rhythm as you head to the train or wait for a colleague to join you for dinner. Jazz at Lincoln Center brings New York City’s hottest young jazz bands to the plaza, creating the feeling of an intimate club amidst the lights and sounds of Times Square.

Henry Conerway III has emerged as one of the most “in demand” drummers on the jazz scene in the U.S. and abroad since making New York City his home in 2015, as evidenced by his ongoing work with such global touring artists as; the iconic Freddy Cole; the stalwart Jazz at Lincoln Center trumpeter, Marcus Printup; 2015 Thelonious Monk International Jazz Vocal Competition Winner, Jazzmeia Horn; Grammy nominated trumpeter, Russell Gunn; Count Basie Band director, trumpeter Scotty Barnhart; and several residencies with Jazz at Lincoln Center in Doha, Qatar.

Conerway, a proud Detroit native, made extraordinary use of the many educational and cultural opportunities of that formidable city, performing as a high school student on The Detroit Jazz Festival stages and spending several years studying under the tutelage of the late, great trumpeter, Marcus Belgrave as a member of the Detroit Symphony’s Civic Jazz Orchestra. His thirst for the jazz idiom was nurtured there by his mother, a lover of music, who made sure he experienced live performances of all types; and his father, a brilliant classical violinist, who also shared a deep and abiding love for jazz music in all its incarnations.

While matriculating at Atlanta’s historic and prestigious Morehouse College (B.A. in Music Composition), Henry co-founded the group, Jaspects, which quickly became a staple in that city’s music scene and successfully sold thousands of their own recordings, while booking their own tours and forming creative collaborations with such luminaries as Maroon 5’s P.J. Morton; Grammy-nominated Janelle Monáe; Tyler Perry’s Tony Hightower, and Chantae Cann; who can each be heard on Jaspects’ recordings. Henry has also composed original works for film and performed in theatre settings including the Tony Award-nominated Shuffle Along, or the Making of the Musical Sensation of 1921 and All That Followed on Broadway.
www.thehc3.com

Suzanna BowlingNovember 28, 2022
Read More
Scroll for more
Tap
Milly Shapiro Grows Up At The Green Room 42
Lisa Howard, Brian Charles Rooney, Farah Alvin and More at By The Year: Broadway Musicals of 1987 and 2015