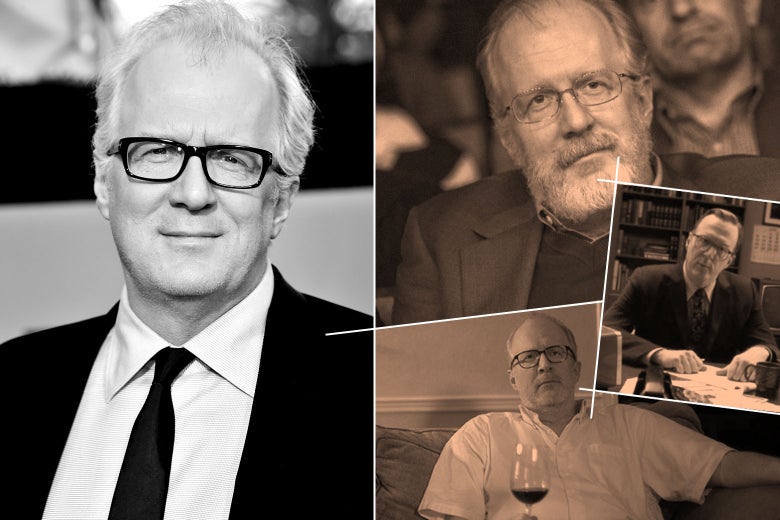 This career reflection with Tracy Letts will be moderated by BroadwayWorld’s Richard Ridge of “Backstage with Richard Ridge!” This event is free and open to non-members.

Tracy Letts is a multifaceted award-winning actor and playwright. Letts received the 2008 Pulitzer Prize for Drama for his play “August: Osage County” and a Tony Award for his portrayal of George in the revival of “Who’s Afraid of Virginia Woolf?” He has written the screenplays of three films adapted from his own plays: “Bug” and “Killer Joe,” both directed by William Friedkin, and “August: Osage County,” directed by John Wells. Letts recently penned the screenplay for the film adaptation of A.J. Finn’s best-seller, “The Woman in the Window” which will be released in theaters on May 15, 2020.Letts will next be seen in James Mangold’s racing drama “Ford v Ferrari,” which premiered at the Toronto International Film Festival and will be released on November 15th in theaters. In the film, Letts stars as Henry Ford II, (grandson of the founder of Ford Motor Company) who is overseeing the mission at Ford to build an automobile from scratch that can defeat Ferrari at the Le Mans race in France. He will also join Ana de Armas and Ben Affleck this November in the New Regency Thriller “Deep Water.”As a playwright, Tracy’s play “The Minutes” will make its Broadway premiere next February. With the announcement of “The Minutes,” Letts will have two plays set for Broadway engagements this season. His play “Linda Vista” is currently in a limited eight week run at Broadway’s Hayes Theater. “Linda Vista” is a brutally comedic play about a 50-year-old divorcee in the throes of a mid-life spiral who starts on a path toward self-discovery—navigating blind dates, old friends, and new love. Also this January, Steppenwolf Theater in Chicago will feature a new production of his 1996 drama “Bug” starring Carrie Coon. The production will run from January 23rd through March 20th.In 2017, Letts appeared in Steven Spielberg’s “The Post” alongside Tom Hanks and Meryl Streep. The film was selected as the Best Film of 2017 by the National Board of Review and nominated for an Oscar for Best Picture and for a Critics’ Choice Award in the category of Best Acting Ensemble. Also in 2017, Letts received critical acclaim for his performance  opposite Saoirse Ronan in Greta Gerwig’s “Lady Bird.” “Lady Bird.” was selected as one of the Top Ten Films of 2017 by the National Board of Review, nominated for a Screen Actors Guild Award in the category of Best Ensemble and an Oscar in the category of Best Film.  Additional film credits include “The Lovers” with Debra Winger which was nominated for a 2018 Film Independent Spirit Award for Best Screenplay; Antoni Campos’ biographical drama “Christine,” “Indignation,” James Schamus’ directorial debut and the Oscar nominated film “The Big Short” directed by Adam McKay.On the small screen, Letts starred in the second season of HBO’s “Divorce” alongside Sarah Jessica Parker, Thomas Haden Church, Molly Shannon and Talia Balsam. In 2013 and 2014, Letts played CIA Director Andrew Lockhart on Showtime’s “Homeland.” The cast was nominated for a SAG Award in the category of Best Drama Ensemble in 2013.Tracy resides in Chicago with his wife, Carrie Coon and is an active member of the Steppenwolf Theatre Company.