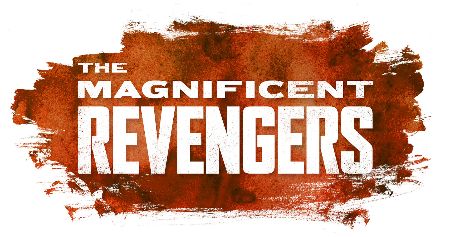 From the team that brought you the Off-Broadway hit Puffs comes a new exploration into the blurred lines of live performance, interactive storytelling, and video gaming: The Magnificent Revengers. Tilted Windmills Theatricals has joined forces with Starlight Runner Entertainment in the first ever collaboration between a theatrical producer and the leading developer of transmedia projects in entertainment.

For seven nights, spread out over two months, the Puffs team returns to their roots at The PIT to start showing their fans the next big thing they’re working on. Because the show changes every night, audiences are invited to participate in what would normally be a private process to help make the right choices as this exciting production moves forward.

Texas. 1907. An era of change for the American West. You are Dorothy Kelly, last of your family, and newly returned home. But coming home isn’t always easy, as the ghost of your recently murdered brother soon tasks you to gather up a gang, save your town from impending doom, hunt down a few troublesome outlaws and hey —while you’re at it — maybe avenge his death. From there the choices, and the consequences, are yours.

During The Magnificent Revengers the audience collectively chooses the path their journey will take. Your choices will determine where you go, who you meet, who lives, who dies, and what you become along the way. It’s all in your hands, and the adventure will be different at every performance.

Free and open to the public, please reserve your seats at www.magnificentrevengers.com or https://www.eventbrite.com/e/the-magnificent-revengers-developmental-reading-series-tickets-56814714340

And stick around after the reading to talk to the creative team about your thoughts on the show.

Tilted Windmills Theatricals has designed a unique interactive platform which allows audience members to “play” the show. By using their smartphone or any device with a cellular or WIFI connection (with no need to download an app!), audiences will be able to make their choice and watch how the rest of the audience is voting as the decisions come in.

For the first time, Starlight Runner CEO Jeff Gomez and his creative team will be employing their proprietary immersive storytelling process in the role of Interactive Dramaturg, helping to realize The Magnificent Revengers as an electrifying multiplatform experience.

Tilted Windmills is a theatrical producing partnership between New York theatre veterans David Carpenter and John Arthur Pinckard. Our mission is to be a disruptive innovator at the intersection of the popular and performing arts. We present work that is fresh, unexpected, and engaged with the current cultural moment to a wide range of consumers, from traditional theatre-goers to the millennial audiences of tomorrow. We apply this creative philosophy not only to our content but also to our business model.

The company is currently represented in New York City and in Melbourne, Australia by Matt Cox’s smash hit Potter-inspired comedy, PUFFS: Or, Seven Increasingly Eventful Years at a Certain School of Magic and Magic, which they also recently released in cinemas as PUFFS: Filmed Live Off-Broadway. Collectively, the partners have won two Tony Awards (A Gentleman’s Guide to Love & Murder, Clybourne Park) and have been nominated for two others. Past Broadway credits include American Idiot, HAIR, Slava’s Snowshow on Broadway, and Hands on a Hardbody. Off Broadway and regional credits include Silence! the Musical, 5 Lesbians Eating A Quiche, Never Swim Alone, and But I’m A Cheerleader.

Starlight Runner is the world’s leading producer of transmedia entertainment franchises and multiplatform story worlds. We have worked with the top studio executives and producers in Hollywood on many of the most successful entertainment brands, extending them effectively across an array of media platforms, generating multiple revenue streams, and increasing their longevity. These include The Walt Disney Company (Pirates of the Caribbean, Fairies, Tron Legacy), Sony Pictures (Men in Black, Spider-Man), Microsoft 343 Studios (Halo), and 20th Century Fox (James Cameron’sAvatar). 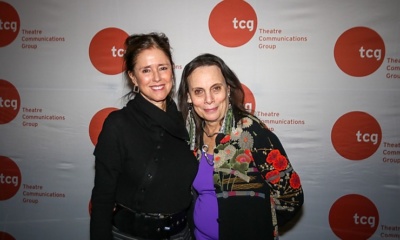