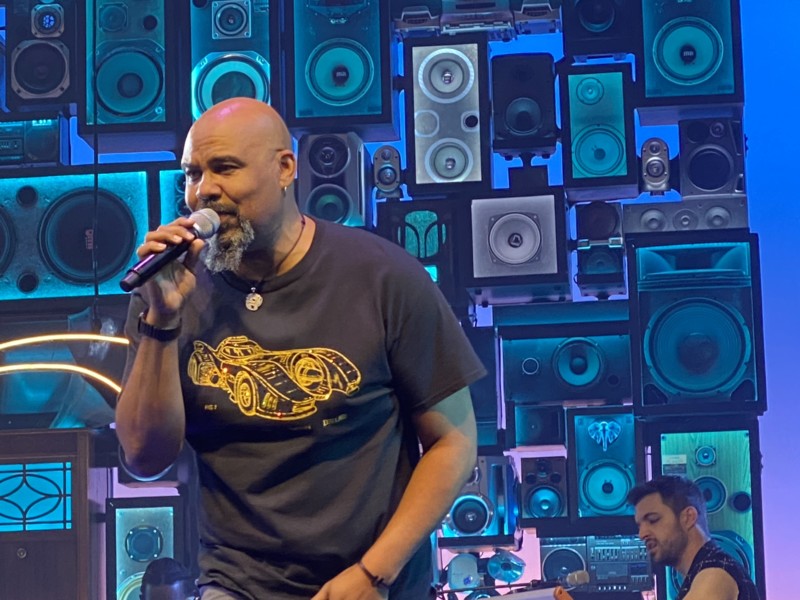 Returning back to Broadway for a limited engagement at the Booth Theatre Freestyle Love Supreme is a delightful evening of talented improve. Anthony Veneziale, who also performs, created the show with Lin-Manuel Miranda and Thomas Kail, who also directs. This has been going on for more than seventeen years to finally make it to Broadway in 2019. Here audience participation is key and it can become hilarious. In the case of my night, highly moving, evoking conversations as a West Point Cadet and the word of the day brought a come together speech, but more on that later on.

Our guests were Amber Ruffin and Tarik “Tardis Hardaway” Davis.

Because of the improvisational concept, no two shows are ever exactly the same. Other cast members include: Lin-Manuel Miranda, Christopher Jackson, Daveed Diggs, Wayne Brady, Ashley Pérez Flanagan, Arthur Lewis, Bill Sherman, Utkarsh Ambudkar, and Alex Lacamoire and you never know who you will get.

You definitely need to be in the mood for this show as audience participation brings a lot of enthusiastic attendees. Many have been here more than once. Before the show starts words have been submitted via digital scan, and then shouted out. Our word was Squat.

Expect hip-hop improv, masterful beatbox percussion, superb vocals and an affecting personal revelation which after reading more about this show seem less improv and more of a way to get a thought across.As I heard the same revelation as other reviewers and it was suppose to be different each show.

The set design by Beowulf Boritt is clean as is the fabulous sound by Nevin Steinberg that allows us to hear everything. Jeff Croiters lighting enhances and sets the mood.

The show which has been running to fans since 2019, became a 2020 Grammy-nominated Hulu documentary We Are Freestyle Love Supreme. This fall they received a Special Tony Award. They also give camps and classes to learn this art.