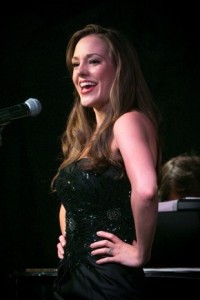 On October 14, 2016 at 8:00PM, The New York Pops, led by Music Director Steven Reineke, will launch its 34th season at Carnegie Hall’s Stern Auditorium/Perelman Stage, celebrating the legacy and timeless works of Alan Jay Lerner and Frederick Loewe. In celebration of the 60th Anniversary of their landmark production of My Fair Lady, The New York Pops will highlight the songwriting team’s iconic collaborations from the Golden Age of Broadway, including selections from Camelot, Brigadoon, Gigi, and Paint Your Wagon. Guest artists Colin Donnell and Laura Osnes of Broadway fame alongside operatic baritone Nathan Gunn will bring these legendary show tunes to life with the full 78-piece New York Pops. The orchestra and soloists will be joined by Judith Clurman’s Essential Voices USA. This concert reunites Ms. Osnes and Mr. Donell who stared in Anything Goes together. 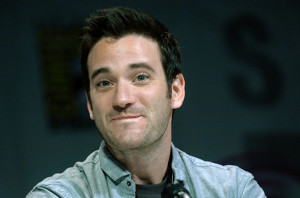 “Lerner and Loewe wrote some of the greatest songs in the history of musical theater,” said Music Director and Conductor Steven Reineke. “My Fair Lady defined musical theater for a generation or more, and the soaring melodies and clever lyrics are absolutely timeless. We have a stellar lineup of guest artists for this opening night concert – Colin, Nathan, and Laura all have incredible voices, and I am so proud that we will perform these tunes in the grandiose orchestrations that only The New York Pops can truly bring to life. In addition, we are so pleased to be celebrating the 25th Anniversary of our Kids in the Balcony program this season! Since it began in 1991, we have brought more than 37,000 students to Carnegie Hall free of charge.” 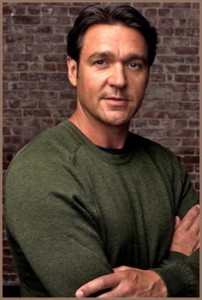 PopsEd Ambassador Laura Osnes is the spokesperson for the year-long celebration of the 25th Anniversary of Kids in the Balcony. “For as long as I can remember, I have loved singing and dancing,” said Osnes. “The power of music clearly captivated me as a child, and I quickly learned that I felt most alive when I was a part of it. Music speaks to the soul the way nothing else can, and every child (young or old!) should have every opportunity to be as equally inspired by it. I am so delighted to help The New York Pops celebrate the 25th Anniversary of this essential music education program.” 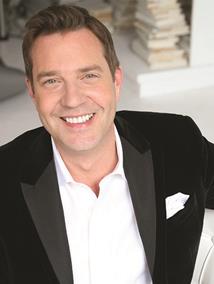 Colin Donnell stars as Dr. Connor Rhodes, a Trauma Surgery Fellow who is brilliant, buttoned-down, and trained to handle anything that might come through the hospital doors, in NBC’s drama Chicago Med. Donnell was recently seen in the role of Scotty Lockhart in Showtime’s hit series The Affair and is also familiar to TV audiences as Tommy Merlyn in CW’s Arrow. Other appearances include Pan Am, Person of Interest, and The Mysteries of Laura. He made his big-screen debut in 2014 with Every Secret Thing, which also starred Diane Lane and Elizabeth Banks. He is well-known for his work on stage, with Broadway roles that include Violet, Anything Goes (which garnered him Drama Desk, Outer Critics, and Astaire nominations), and Jersey Boys. Among his other notable stage appearances are Follies, Merrily We Roll Along, Lady Be Good at New York City Center, the Public Theater’s Shakespeare in the Park production of Love’s Labour’s Lost, and Meet Me in St. Louis. Additionally, he toured with productions of Wicked and Mamma Mia! Born in St. Louis, Donnell is a current resident of New York City when not shooting the show in Chicago.

Baritone Nathan Gunn has made a reputation as one of the most exciting and versatile baritones performing today. He has sung leading lyric baritone roles and appeared in several world premieres in many of the most renowned opera houses of the world including the Metropolitan Opera, San Francisco Opera, Lyric Opera of Chicago, Royal Opera House, Paris Opera, and Bayerische Staatsoper. Also a distinguished concert performer, Mr. Gunn appears regularly with the New York Philharmonic, Boston Symphony Orchestra, Chicago Symphony Orchestra, Cleveland Orchestra and the London Symphony Orchestra, and has been presented in recitals in New York, Chicago, Boston, San Francisco, Philadelphia, Toronto, London, and Brussels. His growing discography includes Billy Budd (Virgin Classics) which won the 2010 Grammy Award, Rodgers & Hammerstein’s Allegro (Sony Masterworks Broadway), Il Barbiere di Siviglia (SONY Classics), and his solo albums  Just Before Sunrise (Sony/BMG Masterworks) and American Anthem (EMI). He also starred in the Metropolitan Opera’s HD broadcasts of The Magic Flute and The Merry Widow. Mr. Gunn recently ventured outside the standard opera repertoire with performances of the title role in Sweeney Todd at the Houston Grand Opera, Camelot and Carousel with the New York Philharmonic (both broadcast on PBS’s Great Performances) and Showboat at Carnegie Hall and the Lyric Opera of Chicago. He is also currently a professor of voice at the University of Illinois at Champaign-Urbana and General Director of the Lyric Theater @ Illinois.

Laura Osnes was last seen on Broadway as the title role in Rodgers + Hammerstein’s Cinderella (Drama Desk Award; Tony, Outer Critics Circle, Drama League and Astaire Award nominations). She also starred in Bonnie and Clyde (Tony Award nomination), creating the role at Asolo Repertory Theatre and La Jolla Playhouse (San Diego Theatre Critics Circle Award). She appeared as Hope Harcourt in the Tony Award winning revival of Anything Goes (Drama Desk, Outer Critics Circle, and Astaire Award nominations) and Nellie Forbush in Lincoln Center Theater’s production of South Pacific, and made her Broadway debut as Sandy in the most recent revival of Grease. Other New York/regional credits include the Broadway-bound musical The Bandstand at Paper Mill Playhouse; The Threepenny Opera (Drama Desk Award nomination) at the Atlantic Theater Company; City Center Encores! productions of The Band Wagon, Randy Newman’s Faust, and Pipe Dream; The Sound of Music in concert at Carnegie Hall; and Carousel opposite Steven Pasquale at the Lyric Opera of Chicago. On television, she has been seen on the CBS series Elementary, in the HBO pilot The Miraculous Year, Sondheim: The Birthday Concert at Avery Fisher Hall, HBO’s documentary Six By Sondheim, and the Kennedy Center Honors salutes to Barbara Cook (2011) and Dustin Hoffman (2012). Her many concerts and cabarets include performing with Michael Feinstein, the New York Philharmonic, The New York Pops, The Mormon Tabernacle Choir, the Boston Pops, and the Pasadena Pops, as well as appearing in such venues as Carnegie Hall, The Café Carlyle, 54 Below, Lincoln Center, NJPAC, The Smith Center in Las Vegas, and MN Orchestra Hall. In addition to being heard on several cast recordings, Laura has two solo albums, Dream A Little Dream: Live at The Café Carlyle and If I Tell You: The Songs of Maury Yeston.

Judith Clurman’s Essential Voices USA (EVUSA) is one of New York’s preeminent choral ensembles; it performs at many of the city’s iconic venues and events, and records and premieres works by America’s finest composers and lyricists. Regularly on stage with The New York Pops on its Carnegie Hall subscription series, televised on NBC’s broadcast of the Macy’s 4th of July Fireworks Spectacular in 2014, and the Rockefeller Center Tree Lighting in 2011 and 2012, the ensemble comprises a talented roster of seasoned professionals and auditioned volunteers, dynamically fitted to the unique needs of each project. Among other national highlights, EVUSA participated in the 2013 Presidential Inaugural activities and held a month-long residency at National Public Radio. The impressive cohort of musicians that have worked with EVUSA run the gamut from the young opera sensation Jamie Barton to Broadway star Idina Menzel to musical theater luminaries Stephen Schwartz and Sheldon Harnick to composers Milton Babbitt and Jennifer Higdon. EVUSA currently produces The Composer Speaks at the DiMenna Center for Classical Music, a series of musical performances complemented by panel discussions with composers and lyricists. EVUSA Youth Workshop provides select high school students the opportunity to participate with the main ensemble in the heart of New York City’s music scene. It has recorded works by Marvin Hamlisch and Howard Shore. EVUSA has recorded several CDs for Sono Luminus.  Their latest release, Season of Light: Songs of Thanksgiving, Christmas, Chanukah and New Year’s will be released in November 2016.

Single tickets are priced from $40 to $130. Subscriptions to the 2016-2017 Carnegie hall series are also available, from $180 to $630. Purchases can be made at the Carnegie Hall Box Office (57th Street and Seventh Avenue) or by calling CarnegieCharge at 212-247-7800. Visit www.carnegiehall.org for more information

Suzanna BowlingNovember 29, 2022
Read More
Scroll for more
Tap
The Joyous Holiday Inn Will Bring Gold To The Box Office
Public Enemy A Play Relevant For Today If Only We Would Listen