Frigid Festival at the Kraine Theater 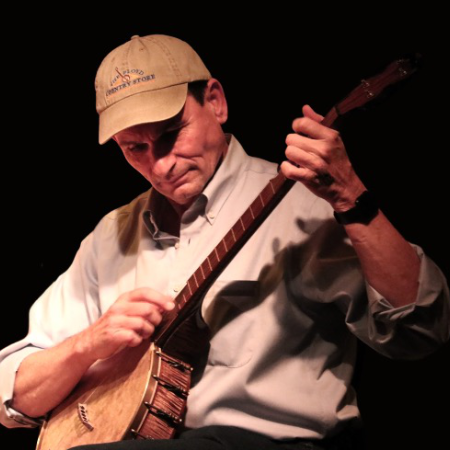 Frigid Festival at the Kraine Theater

The Frigid Festival at The Kraine Theater has been in existence for 16 years and what better month than February to put it on! With any kind of festival, Frigid, Fringe, or otherwise, it is a potpourri of entertainment. With a wide variety of writers and actors some may find really good works and conversely some really bad ones. In the two  shows I saw today, both were solo actors from two different backgrounds and two different lifestyles. Aside from their outlook on life, the audience was able to see these autobiographical pieces put forth with a sense of strength and vulnerability.

In the first piece: Tomatoes Tried To Kill Me But Banjos Saved My Life, we get a deep-felt show by writer/actor Keith Alessi. Alessi, a Canadien tells us what it was like to grow up with a kind mother, an abusive father and his thoughts on living as a young dreamer. Like many Canadians that I have met, Alessi is a humble, kind soul who as an accountant built one of the biggest, most profitable companies in history. Looking at him one would never see anything, but a common man. His hopes and thoughts are like any other human, however, as the show goes on, we realize he is anything but common.

From Italian ancestry, Alessi talks at first about his love of tomatoes, airplanes and his ability to grow up like everyone else from the true north; only he sets up walls where no one can get in. After being faced with a life-threatening disease, Alessi sets goals for himself. After hearing the “Beverly Hillbilly” theme song, he decided to take up the banjo. At first he is not so good at it. He still is fair at best playing the instrument. He finds his traction with the instrument in the most peculiar place.

In this less than hour play we get to know this author. We feel both his pain and his humanity. Like all of us he has his ups and downs, but hearing him onstage we are riveted by what he has been through. We marvel at what he has accomplished and at the same time we feel sorry for him. Like many a good story, we are happy that his ending till now is a good one. 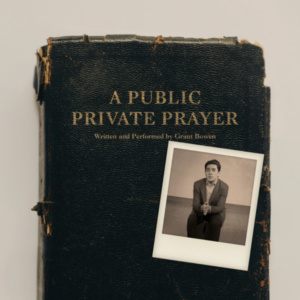 In Grant Bowen’s 50-minute A Public Private Prayer, we get a different perspective. Bowen talks about growing up in Alabama in a Southern Baptist family. Seemingly confused from the onset, Bowen needs to be Baptized twice because he is not sure if it took the first time, the way it should have. In soul searching Bowen is never really sure if there is a God or not. He questions this throughout his life. Unlike Mr. Alessi, Bowen has not yet lived long enough to make his show as interesting as the former.  The show becomes listless halfway through, as if he has run out of pieces of his writing. Neither hot nor cold, but lukewarm is why this play spins in circles.

Bowen tries to be both funny and edgy in his writing and he never really rises to the occasion on either front. We do not feel for him the way that we feel for Keith Alessi. Bowen’s play only deals with religion and what his parents think. He is a professional actor, but we only hear about a regional musical of Godspell, that he has done. We hear about his going to acting camp, he only talks about the gossip at the camp. It would serve the piece better if he mentioned his thoughts on acting or what inspired him to be an actor in the first place.

The Frigid Festival runs through mid-March. If you are lucky enough to catch a good show it is worth the trip. On the weekends shows run throughout the day and it is fun to make a day/ evening out of it. The Kraine is at 85 E 4th St, NYC, NY.

Suzanna BowlingJanuary 18, 2023
Read More
Scroll for more
Tap
A Tempest Will  Be Presented In Person, Livestream and Video On Demand
The Kominsky Method A Show About Acting and Life