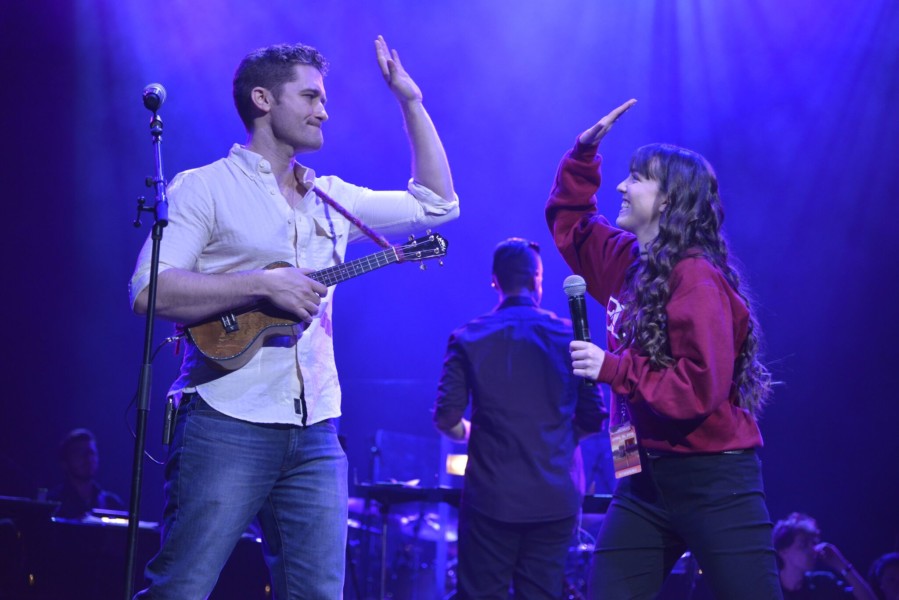 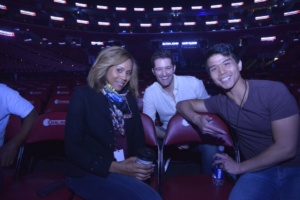 Following the tragic events that took place at Marjory Stoneman Douglas High School on February 14th, the Broadway community united with many of the inspiring and world-changing MSD students to perform From Broadway With Love: A Benefit Concert For Parkland, USA. The concert took place on Monday, April 16 at 7PM at the BB&T Center in Sunrise, FL. 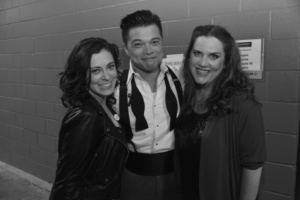 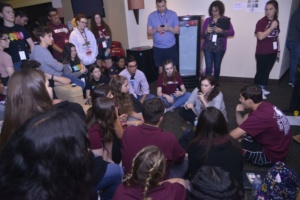 Some of the songs performed were written by the Stoneman Douglas students in collaboration with New York theatrical composers including Joe Iconis, Bobby Cronin, Zoe Sarnak, Drew Gasparini and more, with additional songs written solely by the students. Additionally, there was a special performance by Jaime Guttenberg’s dance troupe in honor of her memory.  Several Stoneman Douglas students spoke at the event as well. 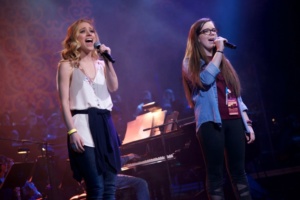 Approximately 7,000 tickets were distributed for the event – a large portion of which were donated to students and family of Marjory Stoneman Douglas High School. Net proceeds raised (royalties and artist fees waived) by From Broadway With Love: A Benefit Concert For Parkland, USA will be donated to Marjory Stoneman Douglas Vicitims’ Fund and Shine MSD (to benefit arts advocacy in the Parkland community). 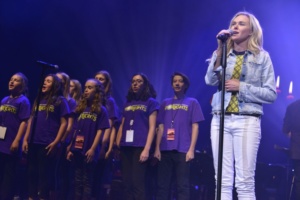 Additionally, a fundraising page has been set-up at http://www.crowdrise.com/parkland. A forthcoming CD and DVD of the concert will also be available at BroadwayRecords.com and Amazon.com. Any donation of $50 or more at the CrowdRise website entitles you to a free CD, DVD or Blu-Ray of the concert once it is available. Please visit www.FromBroadwayWithLove.org to sign up to be notified when the CD and DVD become available. 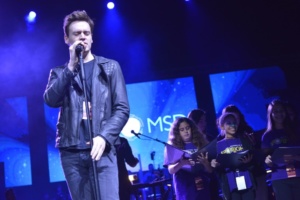 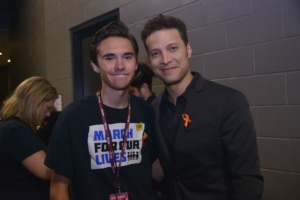 From Broadway With Love: A Benefit Concert For Parkland, USA is presented in partnership with Broadway Records, BB&T Center, JetBlue, Heather on Earth, Pegasus, JM Family Enterprises, The Imagination House, and the Broward Center for the Performing Arts and more.

Kathleen Chalfant, Elizabeth A. Davis, Laila Robins and Mary Testa Are Women on Fire: Stories from the Frontlines
The Drama League Announces Their Nominations And The Nominee’s Are…….