From Cincinnati to New York — Remembering 9/11 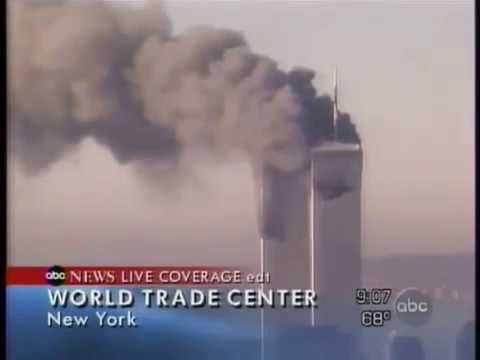 From Cincinnati to New York — Remembering 9/11

This article was originally written shortly after the events of 9/11.

I was born in Youngstown Ohio, primarily raised in Cincinnati and flourished as a writer and editor in New York City. When the World Trade Center was hit by terrorists using commercial jets, I was in Cincinnati dealing with the aftermath of my father’s death.

Two hours after the attack. At 9 a.m. on Sept. 11, I see a part of my world destroyed on Good Morning America, when I watch the second airliner hit one building of the World Trade Center.

I have an office in Tribeca, downtown Manhattan, less than 20 blocks away. I have friends who work down by the World Trade Center. Some business associates have offices near the building.

Since I’ve been in Cincinnati dealing with my dad’s funeral, I’m there as I normally would have been. What’s happening downtown seemed all the more unreal.

I get on the phone. I don’t know what else to do. Is photographer Roger Wong, my office mate, running down the street to take pictures when that plane crashed? I can’t get through to his cell.

I call Nick Giordano at the Digital Evolution office on Fulton Street, six blocks away from the base of the World Trade Center. I got him on the phone. “Are you alright,” I ask.

“You can’t believe it,” Nick says. “I was standing out there when the second plane hit. I could feel the pressure of the explosion hit me. It was like nothing you could ever believe. I don’t know what to do — stay in the office or go out on the street.”

Ironically, the worst part of it all is that I want to be back in New York, to help, to work, to save people — and to mourn.

What feeling of impotence I feel. It’s what everyone must be feeling.

I slowly find out that friends and business associates are safe. Roger leaves word that he’s OK.

But I have no idea when I’ll find out about others in the days to come. What will I find when I return?

The following day. Though my roots are in Cincinnati, my life for the last 20 years has been in New York. But New York is no longer the place I left it a week ago. Life in the city has been irrevocably changed in the most disastrous way possible.

When the World Trade Center buildings were attacked and destroyed, I was here handling the details of a death. Now I have a massive scenario of death to return to. I have no respite either way.

As soon as I saw the disaster unfold, I began making calls. I mostly got answering machines and urgently left messages asking if everyone was alright.

I reached my friend Rob Hambrecht, a fellow dweller of my Upper East Side apartment building, another transplanted Cincinnatian. Both of us have been through a lot over the years in order to maintain our foothold in Manhattan.

“I can see hundreds of people walking north on Third Avenue,” he reports. “It’s like a total exodus here.”

We don’t want to stay on the phone — by now word is out throughout the world and calls and emails are flowing in. He wants to give blood, and I want to keep the phone open for callbacks.

My friend Vicki calls. She got her kids from school.

I get a hold of an ex-girlfriend who lives in the West Village near Hudson with a solid view of the WTC. “I saw the building collapse while I was getting my daughter from her school,” she says. “It seemed like it happened in slow motion. It was unbelievable.”

I feel trapped here in Cincinnati, numb and pained, impotent, disconnected to my life in the city at the center of the cultural and economical life of the planet.

Should I be on a bus on the way home to see first-hand what’s happened to my city? I can’t even begin to consider where I can go. All I can do is stare and try not to look into the future.

Three days later. I’m watching ABC’s Connie Chung interviewing Howard Lutnick, the CEO of Cantor Fitzgerald. The company is the top exchange for the world’s bond markets and had its headquarters in the WTC.

Lutnick is crying about the loss of his 700 employees, including his brother, and how he escaped death himself. He is crying about how he can’t kiss his kids without thinking about those who died. He wants to go to work to do something, and then he thinks of all the funerals he’ll attend and breaks out crying.

His staff at other Cantor Fitzgerald locations decide to open back up, even against his vote otherwise. They want to maintain life as it’s been.

But life is no longer as it was. Throughout the world, people have set up memorials. The networks are broadcasting around the clock commercial-free.

People wave the flag everywhere and continue to make the same mistakes as they struggle to establish new rules of accountability to prevent this again.

But the destruction of the World Trade Center has already happened. So many unanswered questions arise as a result. And the most obvious one is how will we change our lives afterwards? Will we recognize who the enemy really is — not just someone who prays to Allah or has a Middle Eastern name? There are people with such names who are Christian, Animist or even Eastern Orthodox.

Five days later. I get an email alerting me to the following transcript of remarks by preacher Jerry Falwell on Pat Robertson’s The 700 Club: “The ACLU’s got to take a lot of blame for this. And I know that I’ll hear from them about this. But throwing God or successfully with the help of the federal court system, throwing God out of the public square, out of the schools. The abortionists have got to bear some burden for this, because God will not be mocked. And when we destroy 40 million little innocent babies, we make God mad.

“I really believe that the pagans and the abortionists and the feminists and the gays and the lesbians who are actively trying to make that an alternative lifestyle, the ACLU, People For the American Way, all of them who have tried to secularize America. I point the finger in their face and say, ‘You helped this happen.’ “

What does Falwell have to say about a good, Christian, right-wing boy like Tim McVeigh? Where are the calls making slurs about the white separatists and other right-wing groups who support equally heinous acts against the United States? We lash out against phantoms such as Osama bin Laden and Sadaam Hussein but tolerate the Falwells and Robertsons who express equally sick fundamentalist religious views.

Word has it that Bin Laden and his associates profited on the tragedy by buying short on shares of reinsurance companies who would have to pay off on all the damages. And we rushed to open the New York Stock Exchange.

My friend Bruce calls. He says that everybody feels different, that there’s some kind of movement afoot, that the world has been changed irrevocably. I’ve had days of constant television exposure, but it’s not the same as being there able to play my part in the change of life and culture.

I’m off to see the world premiere of Charles Coleman’s Streetscape by Paavo Jarvi’s Cincinnati Symphony Orchestra. It’s based on Coleman’s meditations on life in the city of New York.

The opening section captures the energy of the streets alive with people — horns and strings incessantly interact with percussion swinging with a syncopation not dissimilar to Jazz — and then comes crashing to a halt. A bridge section provides a quiet expressed melancholy, resolved with the next section that surges back up to reflect the energetic life of the city.

This soaring rendition staged by such a fine orchestra seems like a fitting wrap on such a week of anguish. Maybe going out tonight provides more than a simple diversion. In the city where I was raised, I’ve just heard a soundtrack for restoring life in the city I now call my home.

Suzanna BowlingAugust 12, 2022
Read More
Scroll for more
Tap
Towers of Light, Flags For All 2,977 9/11 Victims and Sidewalk Murals, America Remembers the 20th Anniversary of 9/11
How Broadway Was Affected By 9/11