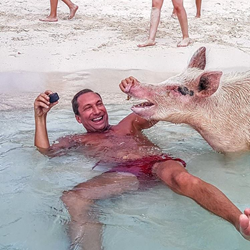 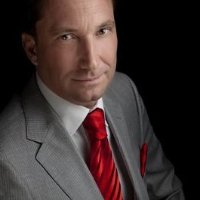 How many people can say they have been wildly successful in over three different industries? Christian Parth can boast this honor. Born in Milan, Italy, Parth graduated from the prestigious Bocconi University. Following a successful career in investment banking and real estate brokerage, he decided to immerse himself in his passion and start anew. He left behind the family business and reinvented his life and career in the tropical paradise of Miami. It was here Parth decided to dedicate himself to establishing an event company that would quickly make waves and transcend any previous attempts in the business.

Parth’s intense focus on creating the most memorable experiences with the use of spectacular productions, creative ideas and breathtaking locations, led to the creation of his very own company, Denial Events. “By escaping the world we live in, if only for one day, one night, living that brief moment by completely indulging in experiences that will last a lifetime is what Denial Events is all about and it is why I love what I do,” says the event production connoisseur. Starting with the legendary “Hell” party in Miami, with a production scheme resembling the fires of hell, to creating the most talked about event of the summer “Escape the Matrix” in Ibiza, which headlined superstar DJs like Armin Van Buuren, Sunnery James and Ryan Marciano- Parth’s events are truly creative masterpieces unlike any others in the industry. Denial events thrives in the fiercely competitive, Miami event scene. It appeals to the most discerning crowd which is seeking the ultimate escape from reality.

Parth not only prides himself on the musical talent playing at his events, but his ability to always create an experience that fuses the music with stunning visuals and entertainment, in the most scenic, panoramic environments. One of his most recent events was New Year’s Eve in Miami with headliner, NERVO, whose sounds were combined tactfully with the sophistication of the visuals and overall atmosphere. A few of the most noted exhibitions of the night were jetpack-flying stuntmen gliding off of the rooftop of Miami’s W Hotel followed by the never before seen Tesla Coil featuring dancers performing with the electrical discharges amidst the nighttime city skyline.

Opportunities of creativity are endless for Christian Parth as he is now producing Denial Events’ next huge event “Sacrifice of the Virgins,” a unique play on the ancient Aztec ritual, which will be on Miami Beach one day before the Miami Music Week craziness commences, March 21st, from 11am to 11pm.