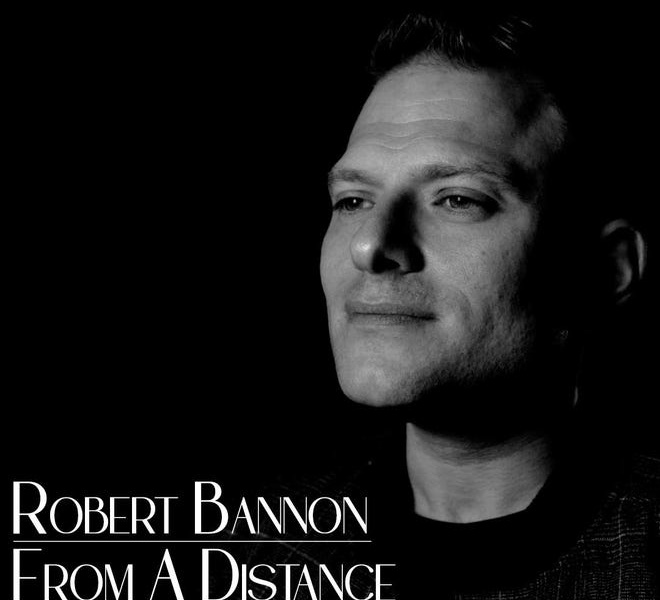 Robert Bannon has been on Saturday Night Live 22 times, his debut album, Unfinished Business, is set to be release this spring. After a disastrous Broadway Rent audition at 18 years old, Bannon gave up the idea of singing, and spent the next 10 years teaching history to fifth graders at Horace Mann Elementary School in North Bergen — the place where he still teaches today.

Bannon’s new release of the single “From A Distance”, caught T2C’s attention and we got together to discuss his rising career. This video also went viral.

Once Bannon got over his insecurities he landed roles in the national touring and regional productions of My Big Gay Italian Wedding, Rent, We Will Rock You, My Way and other shows. Rosie O’Donnell said, “That was the best rendition I’ve heard!” after his National Anthem performance before a basketball playoff game at Madison Square Garden.

Bannon has performed with a number of rhythm-and-blues, jazz and comedy icons including Patti LaBelle,George Benson and Whoopi Goldberg at legendary venues like Madison Square Garden, the Beacon Theatre and the Brooklyn Academy of Music. Bannon also sang for Billand Hillary Clinton during for Bronx-Lebanon Hospital Center and for Hillary Clinton at a Martin Luther King Day event at the Brooklyn Academy of Music.

Bannon and Lee Lessack co-hosted the virtual sensation, “Quarantine, Cabaret, and Cocktails,” a weekly live stream on Facebook and YouTube that has reunited the Broadway casts of “Frozen,” “Aladdin” and “Mrs. Doubtfire” and featured Broadway legends like Lea Salonga, Chita Rivera, Shoshana Bean and many more. They also led the applauded “Best of Broadway and Music” on Facebook Live and YouTube. Lessack produced “Unfinished Business.”

Bannon thinks that opening up and sharing a little part of your truth, is what makes the biggest connection with people at the end of the day.

Unfinished Business will be released within the next couple of months on LML Music. Keep your eyes on the look out.