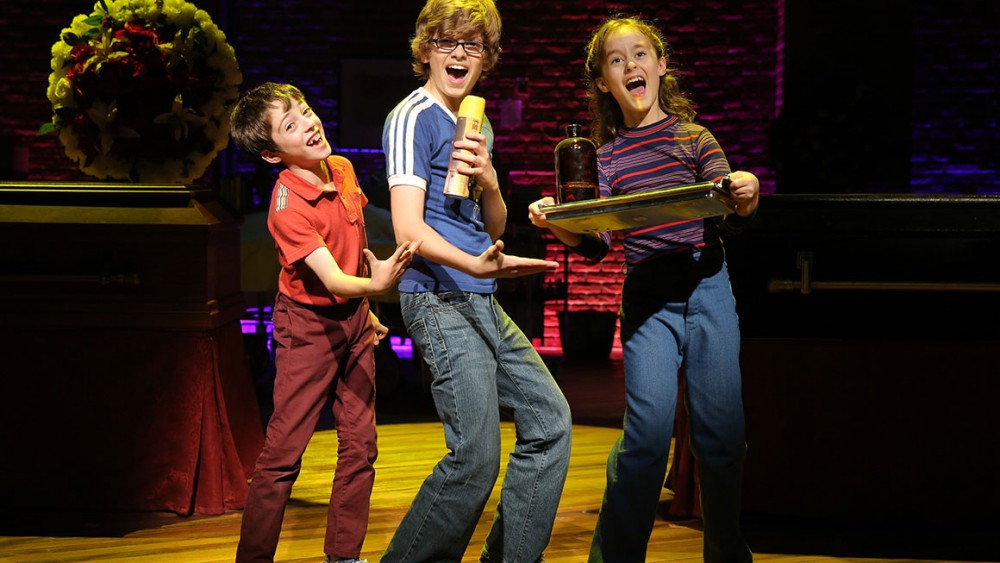 Fun Home A Show That Says Much

Fun Home A Show That Says Much 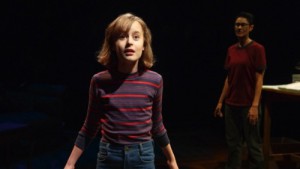 The musical, Fun Home is like watching a moment out of my life. I watched, hoping for answers, only to find there are none. I was not the daughter, Alison, played in triplicate, but the wife, who was wooed and then made to feel as if she were nothing. I was constantly told everything was my fault as my closeted gay husband put my life in harms way because he refused to admit his sexual preference. I watched, waiting for there to be an excuse for what destroys more lives than just mine and found there are none.

Playwright Lisa Kron has taken Alison Bechdel’s memoir, added the haunting music of Jeanine Tesori and created a true-to-life slice that is sure to cut, hurt and heal.

With time behind her she realizes her father, Bruce had an assortment of young men (Joel Perez), including the babysitter, for her and her brothers (the adorable Oscar Williams and Zell Steele Marrow). Her mother, Helen (Judy Kuhn) is resentful but despite the tyranny of a man who puts their whole existence in jeopardy, she has always been there. At Oberlin College, student Alison (Emily Skeggs) comes to the realization that she has always been a lesbian and has her first encounter with Joan (the terrific Roberta Colindrez). Despite writing a letter home to her family, it is her mother, not her father who tells her the truth. In truth the lie kills. Secrets are never really reviled, for that would take courage.

The score is pure emotion and it is Tesori’s best since Violet. The words ring true and the story doesn’t sell out. It is a layered tension where answers evade and closure can never be gathered because the person who can give them is too damaged, too ego entrenched and the only life that matters is their own. When they leave, the shards are still embedded.

The underrated Mr. Cerveris is vocally and emotionally perfect; forever an enigma. Ms. Kuhn is the distressed victim keeping her family together and her song “Days” will help you understand how someone gets entrapped. The Alisons are each the perfect casting of their type but Miss Lucas is a star as she belts with perfect tone “The Lesbian in the Making” with swagger, innocence and longing.

Sam Gold has used the audience as the mirror that reflects the unseen. The set by David Zinn is timeless, while his costumes have us stuck in the past. Ben Stanton’s lighting is the illusion that will never be clear.

This show speaks truths that are more widespread than most people know.

I originally wrote this review November 14, 2013 and I still feel the same why. This is a thought provoking piece that is sure to be nominated for several Tony’s.