Funny Girl Misses The Mark Because Of Its Star Funny Girl Misses The Mark Because Of Its Star

It has been 58 years since Funny Girl arrived on Broadway. The role of Fanny Brice is an iconic role for a female performer, a role that takes acting and vocal chops; after all she is “The Greatest Star”. It made a star out of Barbra Streisand and it had the chance to make a star out of Jessica Vosk, Shoshana Bean, Leslie Kritcher, Paris’s Christina Bianco who got rave reviews, Micaela Diamond or the unknown understudy Julie Benko, who is getting raves all over Broadway, by word of mouth. Instead we get Beanie Feldstein, who has worked in film and TV to alcaldes. She has a fan base, but a Broadway star she is not. Her vocals are nasal, barely audible with a weak soprano and a couple and I do mean a couple of good notes.

One of the most iconic songs in the Broadway musical repertoire is “People” and Ms. Feldstein fails miserably because she has neither the voice nor the acting chops to carry it off. The prob;em starts from the moment the show begins and Ms. Feldstein enters the stage and drops her coat. Fanny Brice is a major star but Ms. Feldstein drops the coat so awkwardly that you wonder was there a malfunction? Then she sings “Who Are You Now?” in a voice that is not even good enough for community theatre. It may sound like I am being cruel, but this production without Ms. Feldstein could have been the best revival of the year. Ramin Karimloo was ripped off by not being nominated for a Tony Award for Best Actor in a Musical. He’s fabulous and for the first time, thanks to Harvey Fierstein’s rewrites, you understand why Nicky Arnstein is who he is and why Fanny loves him. The problem here again is Ms. Feldstein, who has no chemistry with anyone on that stage. It’s like she is in a different production, because she is not in that same caliber and because of this the revival fails, where it should have succeeded.

Sadly the brilliant score by Jule Styne-Bob Merrill only comes alive when Feldstein is not singing. When Ramin joins in on a reprise of “People,” the song finally has a moment to shine. One of my favorite moments was the added cut song for Arnstein “Temporary Arrangement,” which was a highlight of the show. The one person getting praise is Jared Grimes, who makes Ayodele Casel’s tap choreography effortless. His ease at relating to the audience is joyful. Another highlight in this revival is Mr. Grimes’ scenes and duets with Fanny’s mother played by the wonderfully comedic Jane Lynch. Toni diBuono and Debra Cardona, as her neighborhood poker buddies, add comedic relief.  Martin Moran as theater owner Tom Keeney and Peter Francis James as Flo Ziegfeld also give us polished performances.

Critics have blamed the book by Isobel Lennart, the set design by David Zinn and the direction by Michael Mayer as the problems, but they are not. I grew up on this show, from the album to seeing it in LA when I was very young, to performing in this show in summer stock. I love this show and I loved this revival minus its un Funny Girl.

This is like so many shows on Broadway this year, we blame the property instead of blaming the mediocre actors, because they have names and fan bases. Instead of perfection and greatness, we are settling for mediocrity. Why? This is Broadway! 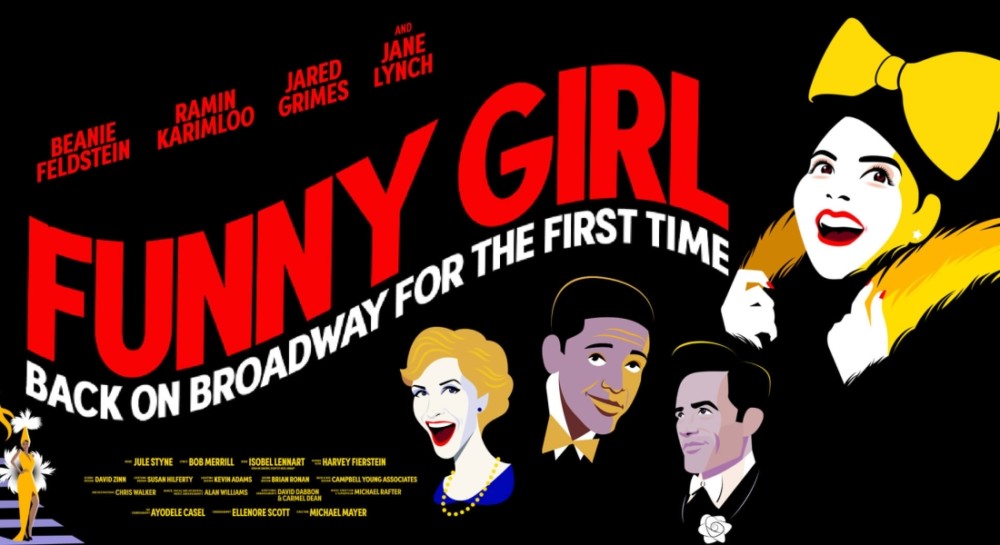