Funny. So, even though I try hard not to read any reviews of a show before I see it or write about it, I couldn’t help but notice that Beanie has not been receiving the kindest words about her performance in the first revival of the legendary Funny Girl musical. It’s been, what, like 60 years since the original Broadway production opened on March 26, 1964, at the Winter Garden Theatre (and subsequently transferred to the Majestic Theatre and The Broadway Theatre, where it closed on July 1, 1967, to complete a total run of 1,348 astounding performances). So in the theatre world, it really is time for a revival. Even if the show itself is not as good as the film that followed. 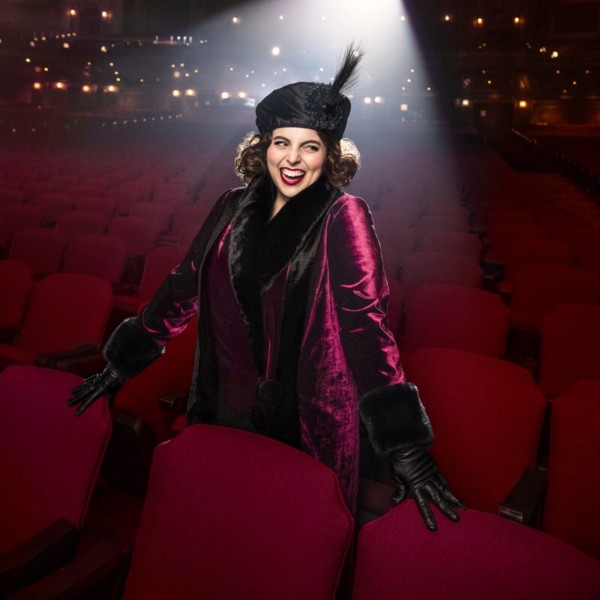 The fascinating thing about the whole adventure is looking back and reading the lead-up to the original 1964 Broadway production. It’s astounding just how many women were associated with the part before it even started out of town previews back in the day. What happened all around the planned Broadway revivals almost mimicked the journey the original musical took. First, it was going to star Mary Martin (Sondheim who at one point was enlisted to write the score with Jule Styne stated, “I don’t want to do the life of Fanny Brice with Mary Martin. She’s not Jewish.”, then Ann Bancroft (She listened to the score, then stated, “I want no part of this. It’s not for me.” – thankfully, I might add), Eydie Gormé (she demanded her husband, Steven Lawrence, play the Nick role. No dice, she was told. Once again, thankfully.), Carol Burnett (“I’d love to do it but what you need is a Jewish girl.”), until they finally landed on the somewhat newcomer, Barbra Streisand (I Can Get It for You Wholesale), with Bob Fosse at one point connected to the stage musical as director. Just imagine. I can’t.

So it seems that getting Funny Girl back on Broadway had to go through the same rigamarole. Numerous starts and stops, with many a surprising cast announcements made but none of them ever seemed to fully get off the ground. So when Beanie Feldstein was presented to the world as the first Fanny Brice on Broadway since Barbra, I sorta smiled, shrugged, and said, “ok. Great. We shall see“.

It’s a hard, almost impossible act to follow, mainly because of that Barbara woman. And I pity the poor fool that takes that on, and for a critic, it is an equally difficult task of separating and not comparing Beanie to that other leading lady, the one who originated the role so many years ago to great acclaim (to say the least). I mean, Streisand’s performance in that stage show basically made her a star, followed by that movie version, which subsequently elevated her even further, and sent it and her to iconic Oscar-winning levels. Impossible. But the show should be attempted. And revived, regardless. Just like they did, pretty successfully I might add, in London’s West End a few years back. (Read my two reviews here, and here). I only wish I had as many kind words to say about this revival as I did back when I saw it in 2016.

So, I’m going to cut to the chase and say, that even though I tried with all my might to put aside comparisons, Beanie Feldstein (Broadway’s Hello, Dolly!; FX’s “Impeachment“) just doesn’t have the vocal chops to pull this show off. She’s cute, and works really really hard to be an irresistible funny girl on that stage, but when the songs come up, they sorta just fall far short of what they need to be vocally to lift this show up to the heavens. I mean, she’s fine, but Funny Girl the stage musical needs more than just fine. One of the problems is that the stage show is just not that great of a musical to begin with. Yes, the movie was utterly magnificent. One of my favorites but in its transfer to the silver screen, the show was hugely reformulated into a pretty fantastic vehicle for Streisand. A lot of work was done into that restructuring, finding many much better numbers for Streisand to sing as Fanny Brice on stage, as well as expanding the visual to fill that big movie screen with gorgeousness. The stage show musical itself is not the film, and it needs, almost desperately, a powerhouse voice to hoist it up high. And Feldstein just doesn’t have what it takes. I’m sorry to say.