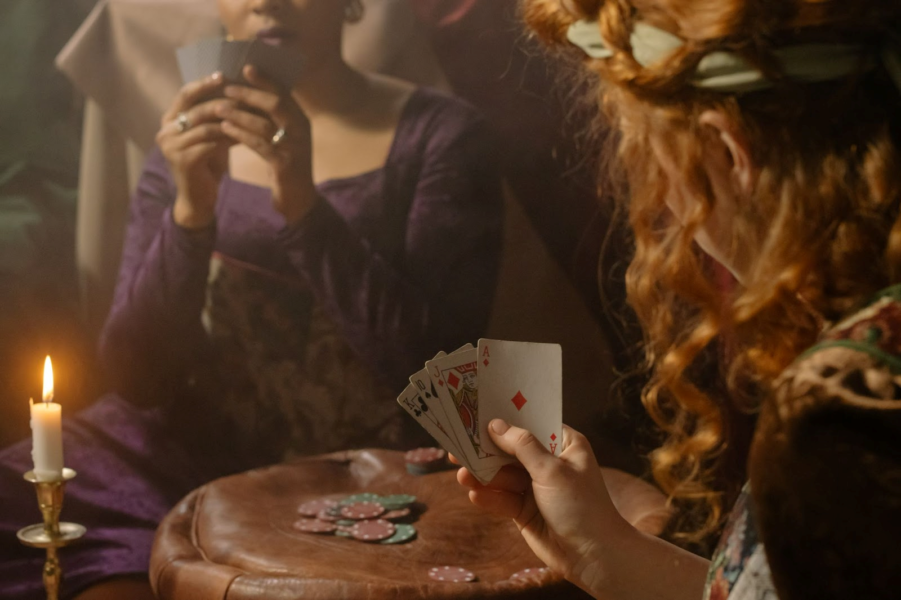 Gambling is one of the oldest forms of entertainment in the world. Over time, people have lost their clothes, money, horses, estates, and even kingdoms to all sorts of games of chance. Even excerpts from the diaries of King Henry VII speak of his love of betting, the monarch suffering enormous losses and debts because of them. These bets were held differently, and instead of the amazing casinos that we have nowadays here, they had inns and taverns to facilitate them.

Games Played During the Middle Ages

For most people in antiquity and the Middle Ages, card, dice, and backgammon games were among the few collective sources of entertainment. And despite the fact that it started out as a working-class habit, gambling has, over time, managed to infiltrate all levels of society. Here is a small list of some of the most popular games that were played:

Cubic dice have appeared since the 7th century BC. and have quickly become one of the most popular forms of entertainment. Unlike board games or card games, where you needed a tactic, all you needed was ice money, which made them extremely popular at the time. Over time, they have known various variants.

Passe-dix is ​​one of the oldest dice games in history. This was mentioned in the Gospel of Matthew as the game played by the Roman guards under the crucifixion of Jesus. Passe-dix is ​​played with three dice and an unlimited number of players, and the game needs a “banker”, which changes after each round.

Hazard, an ancestor of the famous Craps, is one of the oldest medieval English dice games, mentioned in Chaucer’s famous collection, “The Canterbury Tales”, in the 14th century. It was played with two dice and had rather complicated rules, but it still remained one of the most popular dice games of the 17th and 18th centuries. Craps evolved from Hazard in the 19th century, with a simplification of the rules.

One of the most popular dice games of the Middle Ages was Zara, which was so fashionable that it was even mentioned by Dante Alighieri in the Divine Comedy. In this game, a number from 3 to 18 was called, and the players rolled 3 dice each, trying to get as close as possible to the amount called. The loser was called “Zara”.

Card games quickly became the most popular form of entertainment in the Middle Ages, as the popularity of dice games began to decline from the 15th century onwards. This popular game reached Europe from Asia, the Middle East, and Arabia and spread throughout the continent until the end of the 16th century.

Card games were legal only for the nobility, but there was no social category that did not enjoy this new source of entertainment. As soon as a game was banned, smart and innovative players implemented a few small changes to keep it from breaking the written laws and started playing it under a new name. That is why there have been countless variations of the game, all with their little twist.

Basset was a popular card game with money, as it often led to huge losses or gains. It was considered one of the most demanding games of the time, resembling, in essence, a lottery.

This game is believed to have originated in the 15th century. First published in Bavaria in 1426, Karnöffel is the oldest identifiable European card game in history. The game is played in a similar way even today.

Triumphs was a 15th-century Italian card game that represented an allegory about tarot cards. Triumph is the origin of the English expression “trump card” and the German “trumpfen”, both translated as “ace up your sleeve”.

From the first dice used as dice to the live casino games so popular today, it is clear that mankind has been fascinated by betting and gambling since their inception. And given that the hobby is more popular than ever, it’s interesting to imagine how casino games will end up in another 500 years. Read also about Pa. casino revenues returning to pre-pandemic levels while online gambling soaring.

Apart from cards and dice, one of the most common betting games in the Middle Ages was archery, which, with the development of technology, evolved into Darts. Usually, they would use missile weapons (arrows, small weaponry, and even small knives or axes). It took a long time for the sport to become what we know today since it kept its brutal nature of using weapons instead of the traditional dart that we know and love.

Gambling was extremely popular in Rome and Greece. The most played game at that time was called Odd.  In essence, it was very similar to Odds or Evens today. It required only two participants: the first one had to conceal a few items in his hands, while the second player had to guess whether the number of items was odd or not. People used to make bets on this game quite often.

The ancient Greeks were big fans of chance games, especially dice. There are even casino-like establishments all throughout Greece, where players could often go and have a good time. Unfortunately, these places had a bad reputation among Greek citizens. Even when it comes to Greek mythology, it was said that the Gods had split the earth through a game of dice.

Gambling in the Ancient Americas

Unfortunately, as per anything ancient from this region, researchers don’t have much information. However, it was discovered that the tribes loved to indulge in a game of dice occasionally. Recently, archaeologists discovered a dashboard-like invention that they claim was used for dice. The device has a lot of holes, and they believe that some dice would fall through some of the holes, resulting in different outputs. The device is estimated to be at least 5000 years old, making it one of the oldest of its kind.

More than this, the ancient American civilisations used to have a game similar to ludo (when it comes to the board). The game used to have 6 values on which you could bet things such as personal objects, your house, other belongings, farm animals, etc.  The game only ended once any of the two participants won all of the others’ belongings. In some extreme cases, players used to bet on even more valuable things such as family members or their freedom.

As you are probably aware, gambling has not been invented in the past couple of hundreds of years, and it used to hold the same popularity throughout the middle ages. Many variations of games we enjoy today were created from a game that our ancestors used to play every day. In some parts of the world, these traditions are kept, and you can still see people playing old versions of the games we call ‘classics’ today.

All in all, we hope that gambling continues to evolve and, a thousand years from now, have our day-to-day games considered ancient. Nevertheless, the industry is continuously evolving, and every day more innovative games are coming out.

Suzanna BowlingOctober 1, 2022
Read More
Scroll for more
Tap
The Ultimate Guide to Understanding the Casino Bonus System in the UK
The Glorious Corner