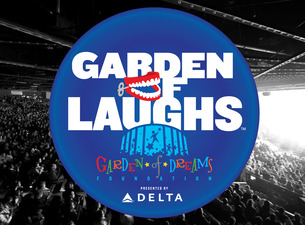 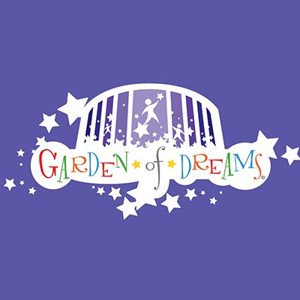 The Madison Square Garden Company (NYSE: MSG) and The Garden of Dreams Foundation are proud to announce the return of Garden of Laughs Presented By Delta Air Lines – the successful bi-annual all-star comedy benefit. This year’s show, featuring, Leslie Jones, Sebastian Maniscalco, Tracy Morgan, John Oliver, Chris Rock and Jerry Seinfeld, will take place at The Theater at Madison Square Garden on Tuesday, March 28, 2017 at 8:00 p.m., with all net proceeds going directly to Garden of Dreams.

“We are honored and thankful that so many friends of Madison Square Garden have donated their time to help raise money for our Garden of Dreams Foundation,” said Jim Dolan, Executive Chairman of the Madison Square Garden Company. “This is a once-in-a- lifetime opportunity to see this unparalleled group of comedians together onstage and we are looking forward to a fantastic evening filled with laughter, all in support of the Foundation’s important efforts to brighten the lives of thousands of children in our community.” 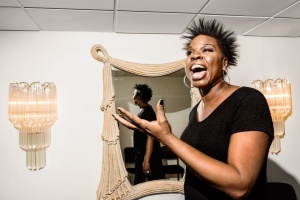 “As a child who grew up in Brooklyn around kids that really struggled, I know firsthand how important the Garden of Dreams Foundation’s work is for kids facing challenges like homelessness, illness and foster care among many other setbacks,” said Garden of Dreams advisory board member, Tracy Morgan. “Megan and I are so proud to be able to give back by joining the Foundation’s advisory board, and I can’t wait to take the stage at Garden of Laughs. It’s going to be an amazing event that will help children in need in the tri-state area.” 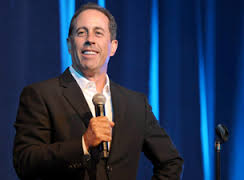 Steve Schirripa, currently starring in “Blue Bloods” and best known for his role as Bobby Baccalieri in “The Sopranos,” is a long-time supporter and advisory board member of the Garden of Dreams Foundation and will host the evening. Joining the celebrated comedic lineup will be an esteemed list of entertainment and sports icons who will serve as presenters for this special evening.

“I am honored to return as host of Garden of Laughs, which will feature the biggest stars in comedy today,” said Mr. Schirripa. “I have seen the impact of the Garden of Dreams Foundation up-close for several years now, and I can’t think of a better charity to support with a night of non-stop laughs. Fans of comedy should not miss this event.”

“We are honored to be the presenting sponsor of this year’s Garden of Laughs benefit,” said Henry Kuykendall, Vice President-New York, Delta Air Lines. “Delta is proud of our successful, long-term partnership with The Madison Square Garden Company, and this wonderful charity event provides us with yet another opportunity to work together. The Garden of Dreams Foundation helps to brighten the lives of children in and around New York, and we’re pleased to support their efforts in the local communities we call home.”

This year’s event is proud to have Delta Air Lines as our Presenting Sponsor as well as Tissot and the Children’s Cancer Institute at Hackensack University Medical Center, one of the 28 GDF partner organizations that make dreams come true for children and families in our area, as two key supporting partners of Garden of Laughs.

The Garden of Dreams Foundation is a non-profit organization that works with The Madison Square Garden Company and MSG Networks Inc. to make dreams come true for children facing obstacles. Since the Foundation began in 2006, this collaboration has brightened the lives of more than 300,000 children and their families.

Garden of Dreams works with 28 partner organizations throughout the tri-state area, including hospitals, wish organizations and community-based organizations, to reach children who are facing challenges such as homelessness, extreme poverty, illness and foster care. The Foundation takes pride in its commitment to truly change lives, hosting more than 500 events and programs each year such as its annual Talent Show and Prom.

In addition, through its Giving program, the Foundation helps its partner organizations through the direct support of scholarships and long-lasting community projects such as the refurbishment of pediatric areas at local hospitals, basketball courts and community centers – with plans for many more vital civic enhancements in the years to come.

For tickets and more information on Garden of Laughs and the VIP packages, please visit www.gardenoflaughs.com