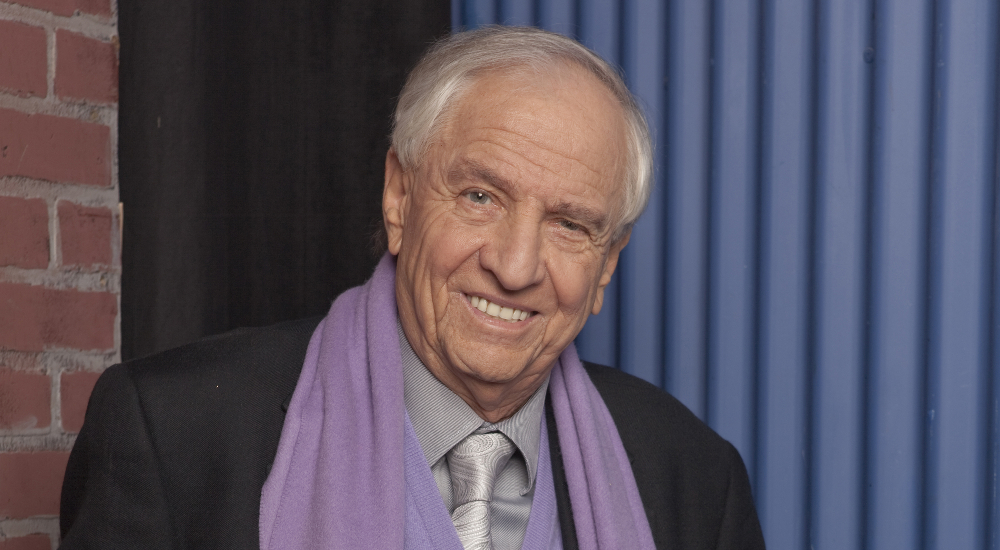 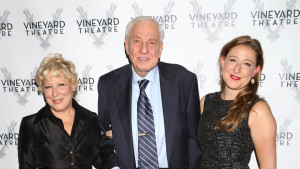 Garry Marshall produced some of the most popular television shows in the 1970s, including, Happy Days and Mork and Mindy. He also directed the films: Pretty Woman, Runaway Bride, Beaches, The Princess Diaries, and so many more.

Marshall majored in journalism at Northwestern University and served a stint in the army before becoming a reporter for the New York Daily News. With writer Jerry Belson, he wrote episodes for The Dick Van Dyke Show and The Lucy Show. In 1970, Marshall produced the sit-com The Odd Couple, based on a popular Neil Simon play, starring Jack Klugman and Tony Randall. He reached the height of his career as a television producer during the 1970s with such hits as Laverne and Shirley (a Happy Days spin-off starring his sister, Penny Marshall).

Marshall turned his talents toward the big screen in 1968 when he co-produced and co-wrote his first film, How Sweet It Is! He made his directorial feature film debut in 1982 with Young Doctors in Love. Marshall’s films enjoyed box office success, such as the Goldie Hawn/Kurt Russell comedy, Overboard and the Bette Midler/Barbara Hershey drama Beaches. Marshall tried his hand at a serious drama with Frankie and Johnny (1991), starring Al Pacino and Michelle Pfeiffer.

As an actor Marshall has also appeared in films and television shows. During the mid-1990s, many TV audiences came to recognize him for playing Candice Bergen’s ratings-crazy boss, Stan Lansing, on Murphy Brown.

T2C: What made you want to take on Billy & Ray the first time in LA and now in NY?

Garry Marshall: My daughter, Kathleen is the assistant director of the Falcon Theater, which I own in Los Angeles. I always do comedies and my daughter wanted me to do something out of the box. I had a wonderful time and the show was picked up for New York at the Vineyard, and I went with it. I had admired Some Like It Hot, but had never seen Double Indemnity. I enjoyed it very much. Wilder knew how to shoot things and be under the nose just like I do. I liked the play a lot

T2C: Were you a fan of film noir before the play?

GM: Not really, I had never seen it. It was the right time in my life. The weather was not too hot or cold. I grew up in the Bronx and in college I froze. Then Korea. On the set of New Year’s Eve I contracted walking pneumonia. After that I was done with the cold. On any film I work on the set must be set in warm weather. It’s in my all my contracts.

T2C: You have an eye for seeing people before they become stars. In Billy & Ray you use Bette Midler’s daughter Sophie von Haselberg. Is she your newest find? She is quite good.

GM:  Yes, my newest find. I saw her do a workshop at the Falcon and the Vineyard people liked her. She did Beaches for me. She has a major part in the play. She has a future and I hope I’m a part of it.

T2C: What people are you the most thrilled to have nurtured and brought to stardom?

GM:  My sister Penny, because it made my mother happy. It was good for the whole family. I will also add Robin Williams and was quite sad to have him rise to the top and never really be able to handle it. I was never so sad personally. When I take people under my wing, I take responsibility for their personal life as well. 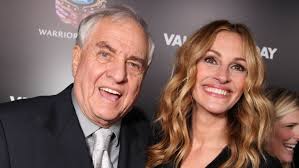 T2C: Can you talk a little about Pretty Woman, the musical?

GM:  Very excited about that. Finally, I got the team to make-up and Disney is behind it, but not adding their name. Paula Wagner, the original writer, is working on it as well. There is a reading at the Falcon and another reading in April. It’s about another year away.

T2C:  You’ve worked with all the greats in comedy, who were your favorites and why?

GM:  Robin Williams because he could do everything and was always ready. My sister, Anne Hathaway, Chris Pine, Henry Winkler and Julia Roberts. Joey Bishop because he brought me to Hollywood and got me involved in the Rat Pack. Oh I can’t forget Carl Reiner.

T2C: They say that comedy comes from tragedy, where does your humor come from?

GM: Mostly from sadness, I had a wonderful childhood, but I was always sick and everyone else was out playing. I was in my bed. I listened to Jack Benny instead. At North Western, I was the sports editor. When your team is always 1-11 you start to write humor. Also in Korea you had to make comedy out of it and it becomes fun. I was allergic to everything and still am.

T2C: Is there a show you would you like to do either as an actor or as a director?

GM:  I direct my own shows, but I’d like to play Betty White’s boyfriend in Hot in Cleveland and I would say Two and Half Men, but I did it.

T2C: Comedy, TV, film, theatre, writing, acting, directing you’ve done it all. What gives you the most fulfillment?

GM:  Writing, because all the rest comes from that. The show Hey Landlord was my first. I’m not afraid of anything. I will fix the script, no credit needed. I am a script nurse.

T2C: What is the one thing you would like our readers to know about you?

G. H. HARDINGMay 24, 2021
Read More
Scroll for more
Tap
Howling for The Curious Incident of the Dog in the Night-Time
A Christmas Miracle In Fields Where They Lay