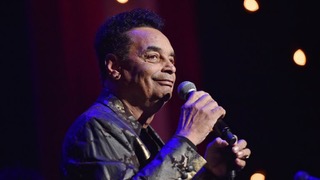 When the blues club closed last year, Bonds thought that tradition may have come to an end. But this year, Bonds isn’t throwing one bash for his 80th birthday. He’s throwing three. (Four, if you count his show in New Jersey in April.)

“We can do it, you know, because nobody cares how many we have,” says Bonds, calling from his home in Wheatley Heights. “Everybody’s just wondering who’s going to show up. Because there’s usually a surprise guest or something and we’d never know who it was going to be.”

Bonds says he’s sad that his friends the late Ben E. King, of “Stand By Me” fame, and the late Joe Terry of Danny & the Juniors, aren’t around to celebrate this year. However, he is hopeful that other friends will be able to make his shows at Westhampton Beach Performing Arts Center on May 26, My Father’s Place at The Roslyn Hotel on June 1 and The Cutting Room in Manhattan on June 7, the day after his actual 80th birthday.