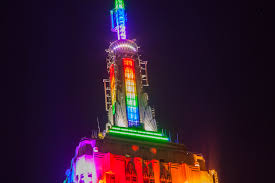 Gay Pride is Out in Full Force

Gay Pride is Out in Full Force 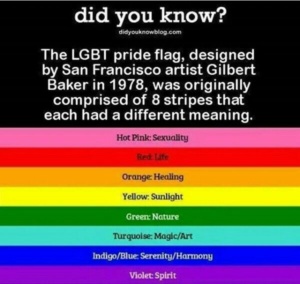 Don’t forget to join the march Sunday at noon, Fifth Avenue & 36th Street. Absolutely everyone is welcome. Since its launch, it is a mashup of celebration and civil rights. Expect as Andrew Cuomo and Hillary Clinton, around 80 floats from groups including the famous Sirens (better known as “The Dykes on Bikes”) as corporate sponsors hoping to link their brands. The three marshals include native New Yorker, firefighter and transgender activist Brooke Guinan, Krishna Stone is the Director of Community Relations at Gay Men’s Health Crisis (GMHC) and Geng Le is a leader in the burgeoning movement for LGBT equality in the People’s Republic of China. Gang. The parade will also make its live-TV debut on ABC7 this year. 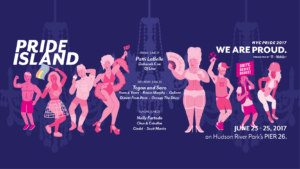 Until Sunday, on Pier 26, “Dance on the Pier” has been re-christened “Pride Island” and will feature headliners Nelly Furtado, Tegan & Sara and Patti LaBelle. Let’s here it for the boys. Furtado’s concert will act as Pride Week’s official closer, capping off the Pride parade. Olympic-medalist skier Gus Kenworthy will be there passing out Iceland-based Reyka vodka (New York Pride’s official vodka). This country, was the first ever to elect an openly gay head of state.

Today from 4 p.m. to 10 p.m., the DL rooftop, 95 Delancey Steet, ladies unite for this world-rocking Teaze. This is for the ladies and the ladies who love them. This Dyke March has always served as a more political counterpart to the Sunday Pride parade. Don’t miss: The star attraction this year is celebrity DJ and “Orange Is the New Black” actress Taryn Manning.

Also today from11 a.m. to 2 p.m., Church of St. Luke in the Fields playground, 487 Hudson Steet join the Family Pride Picnic. Any family who is under the rainbow is invited. Games, music and classic kid-friendly stalls and it’s entirely free.