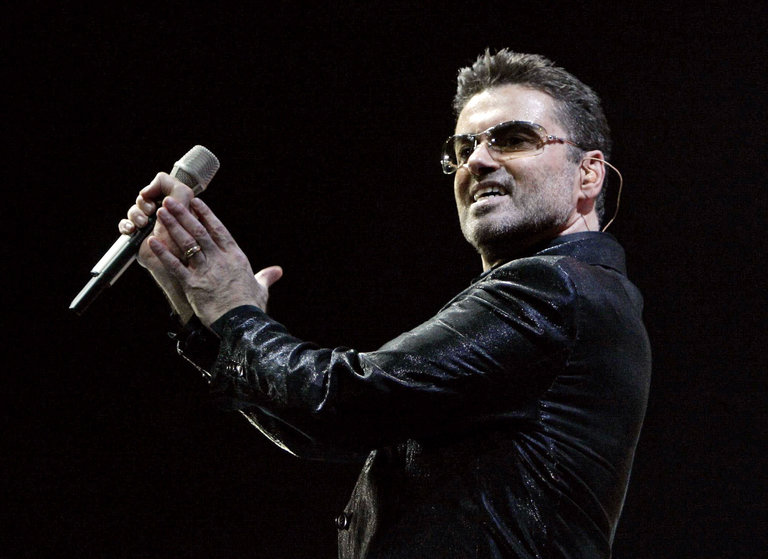 George Michael, at 53 has passed away peacefully in his home in England from heart failure. The lead singer of Wham! was set to release a documentary in 2017. George he rose to fame as a member of Wham!, known for their hits “Wake Me Up Before I Go-Go,” “Club Tropicana” and “Last Christmas.” The singer – whose real name is Georgios Kyriacos Panayiotou – sold more than 100 million albums throughout a career spanning almost four decades. He recorded 19 albums.

Michael scored seven number one singles in the UK with songs including “Careless Whisper” and “Faith,” and won three Brit Awards and two Grammys.
In October 2006 he pleaded guilty to driving while unfit through drugs and was banned from driving and in 2008 he was cautioned for possession of class A drugs, including crack cocaine.
In September 2010 Michael received an eight-week prison sentence following an incident the previous July in which he crashed his Range Rover into a shop in north London.

The singer nearly died from pneumonia in late 2011. After receiving treatment in a Vienna hospital, he made a tearful appearance outside his London home and said it had been ‘touch and go’ whether he lived.
Doctors had performed a tracheotomy to keep his airways open and he was unconscious for some of his spell in hospital.

Elton John lead the tributes on social media “I am in deep shock. I have lost a beloved friend – the kindest, most generous soul and a brilliant artist. My heart goes out to his family and all of his fans. @GeorgeMichael #RIP”