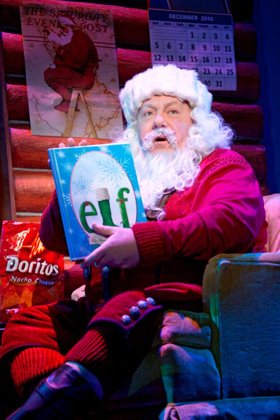 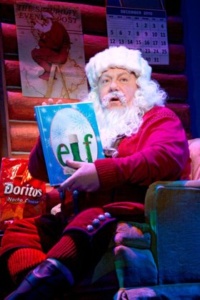 Elf comes to Madison Square Gardens again with George Wendt, reprising his role as Santa. Wendt originated the role of Santa in the 2010 Broadway premiere of Elf, and spent 11 seasons on the hit sitcom Cheers, earning six Emmy nods. Director Sam Scalamoni is at the helm with and choreography by Connor Gallagher, book by Bob Martin and Thomas Meehan, with an original score by Matthew Sklar and Chad Beguelin.

Based on the beloved 2003 film, Elf is the hilarious tale of Buddy, a young orphan child who mistakenly crawls into Santa’s bag of gifts and is transported back to the North Pole. Unaware that he is actually human, Buddy’s enormous size and poor toy-making abilities cause him to face the truth. With Santa’s permission, Buddy embarks on a journey to New York City to find his birth father, discover his true identity and help New York remember its inner Elf.

Broadway stage credits also include Art, Hairspray and Breakfast at Tiffany’s. Off-Broadway, he has been seen in Wild Men and An Empty Plate in the Cafe du Grand Boeuf.

Elf will run from December 13 through 29, making this a holiday treat. Additional casting for Elf at Madison Square Garden will be announced at a later date.

Suzanna BowlingJanuary 28, 2023
Read More
Scroll for more
Tap
Jessie Mueller Set For Reading of The Museum of Broken Relationships
Lee Roy Reams Brings The Lullaby of Broadway Back to Life