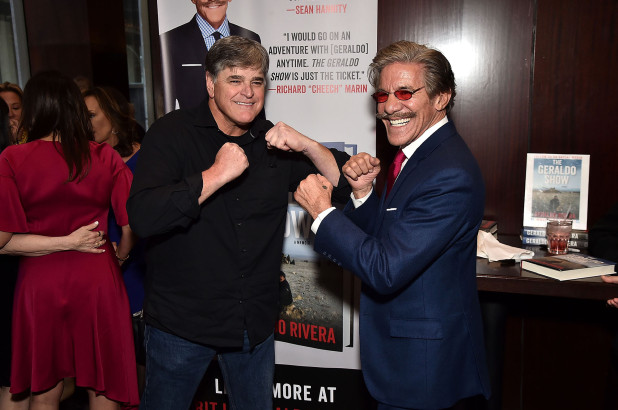 Host for the night, Sean Hannity, along with hundreds of guests gathered at Del Frisco’s Restaurant to celebrate his new book The Geraldo Show: A Memoir. It was a fun night full of lively conversation and momentous reflections as guests mingled over the restaurant’s lovely cocktails & hors d’oeuvres. 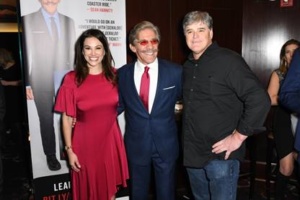 Often seen on Fox News as newsworthy sparring partners, Host Sean Hannity and Geraldo Rivera spoke graciously of one-another’s qualities both professionally as well as off-screen.  In his introduction, Sean thanked everyone for coming and described Geraldo as “the older brother I never had” as well as “a true patriot who took a tremendous pay cut and left his big desk job at CNBC after 9/11 to go to Afghanistan as a war correspondent for Fox News. He did it because he lost friends and neighbors that day. Nobody got closer to the action than Geraldo did. I remember talking with him night after night from Tora Bora and the other battlefields. Now he’s written a terrific book The Geraldo Show that I hope you all read.”

Geraldo thanked his party host with a special comment, “As the Fox News experience has taught me, you don’t have to agree on every issue to really care for the other person. You can’t just be friends with people who are in lock step with you philosophically or politically. We disagree on a lot of issues, but Sean is my dear friend, one of my best friends on earth. I honor the fact that he trusts me to be on his number one rated program on a weekly basis.”

The Geraldo Show: A Memoir is a heartfelt, eye-opening autobiography of Geraldo’s extraordinary life and times, recounts his award-winning, action-packed, emotionally charged and controversial 48-years in the news business, his far-flung adventures in war and peace, his triumphant 15-yearlong shot marriage to wife and partner Erica, and his wild bunch of family and eclectic friends who range from conservative commentator Sean Hannity to stoner comic Cheech Marin to Donald J. Trump, the forty-fifth President of the United States.

The Geraldo Show: A Memoir by BenBella Books is available at Geraldo.com, Barnes & Nobles, Amazon and Google Books.

Photos by Getty and Patrick McMullan