Get a Preview of Chick Flick the Musical 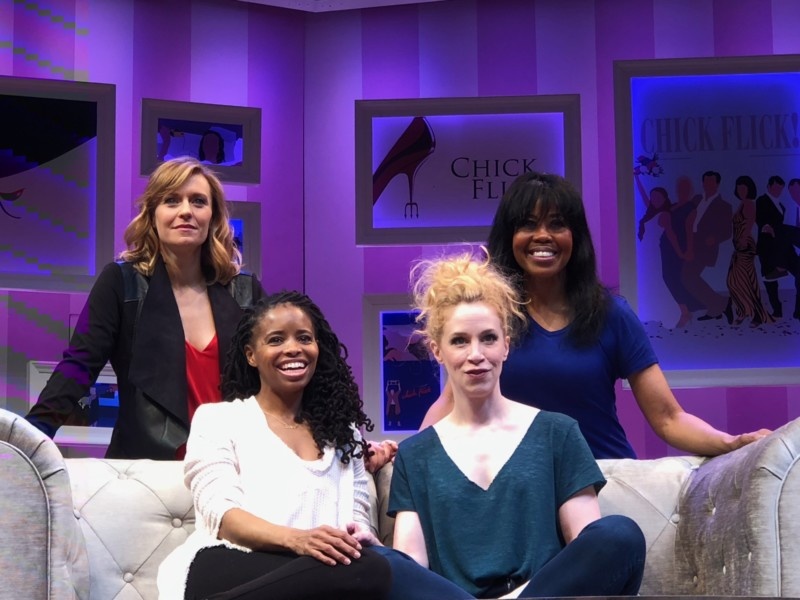 Get a Preview of Chick Flick the Musical

Chick Flick the Musical, a new musical comedy has book, music and lyrics by Suzy Conn (Suffra-Jets; The Mercer Girls)

Music direction is by Matt Castle (Found: A New Musical; Once Upon A Mattress)

and directed by David Ruttura (Associate Director – Network, School of Rock) at The Westside Theatre (407 W. 43rd Street between 9th and 10th Avenues).

Chick Flick the Musical invites you to join Karen, Dawn, Sheila, and Meg as they get together to unwind, watch a chick flick, and play their favorite drinking game. As the festivities proceed and the tequila flows, can the power of meet cutes and makeover montages save the day as relationship drama and career crises bubble to the surface?

Celebrating the healing power of sisterhood, laughter, and life lessons from the movies we know and love, Chick Flick the Musical is ultimately about life’s greatest love story: friendship.

Carla Duren (Hairspray; 110 in the Shade)