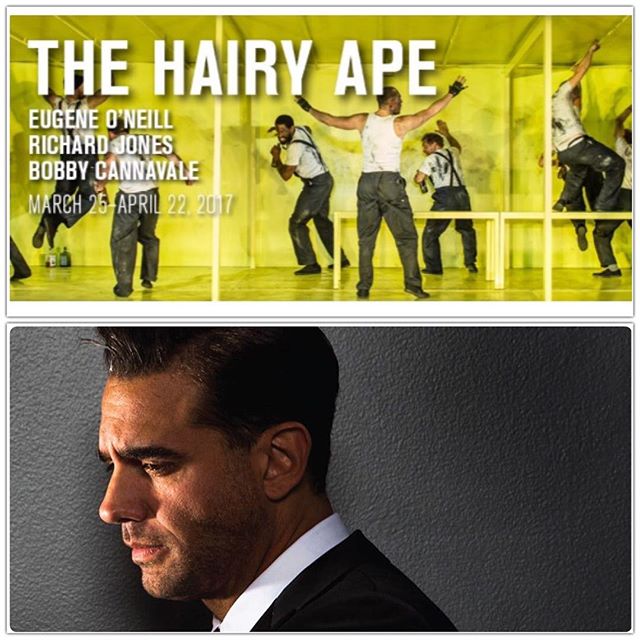 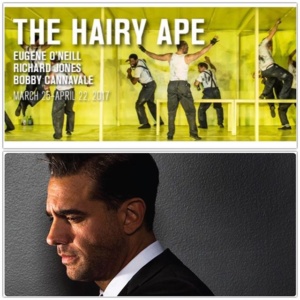 One of the hottest tickets in March and April will be at the Park Avenue Armory and  their bold staging of Eugene O’Neill’s iconic American drama The Hairy Ape. Directed by Oliver Award-winner Richard Jones and starring Tony nominee Bobby Cannavale, this show is sure to capture theatre goers. Activating the industrial-scale architecture of the Wade Thompson Drill Hall, the production brings new dimension to the classic work, which follows a laborer on his journey from the bowels of an ocean liner to the New York of the Roaring Twenties. The staging adds a fresh and inventive approach by placing the action on a stage that revolves around the audience like the conveyor belt of a large machine, serving as a metaphor for the struggle between the working man and the industrial complex found at the heart of the play. 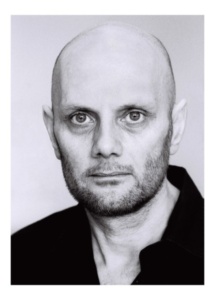 Jones’ acclaimed production was mounted at the Old Vic in London in the fall of 2015 as a proscenium stage presentation and is being radically reimagined for the Armory’s space. Performances begin March 25 and run through April 22, 2017. 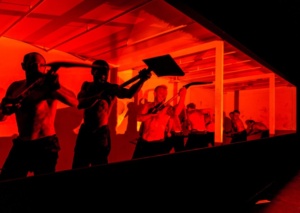 “The Armory’s Drill Hall is unlike a traditional theater with a fixed stage and seating. It allows for dramatic changes to the relationship between audiences and art, adding thrilling new layers to the experience of classic works,” said Rebecca Robertson, Executive Producer and President of Park Avenue Armory. “The Hairy Ape holds deep relevancy to our current moment. Under the visionary direction of Richard Jones,it also extends our program of groundbreaking productions that challenge artists to transform the Drill Hall and provide audiences with unprecedented experiences, as has been realized in previous stagings from Rob Ashford and Kenneth Branagh’s Macbeth to Douglas Gordon and Hélène Grimaud’s tears become…streams become… to Peter Sellars’ St. Matthew Passion. 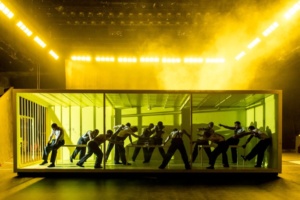 Written in 1922 by Nobel Prize-winner Eugene O’Neill, The Hairy Ape is a searing social commentary on the divide and friction between the rich and poor in the Gilded Age. The story follows the journey of Yank, played by Bobby Cannavale, a laborer who revels in his status as the strongest stoker on a transatlantic ocean liner. When Yank is deemed a “filthy beast” by the daughter of a rich steel merchant, he experiences an awakening of consciousness that leads him on a journey through the worlds of both the disenfranchised working class and wealthy society of New York. 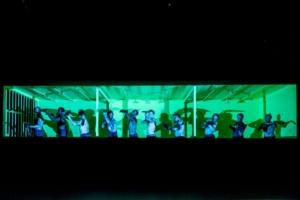 The Hairy Ape features a design by Stewart Laing that animates the Drill Hall’s attributes—including the industrial character of its interiors and vaulted iron metalwork ceiling—as both physical and metaphorical elements of the action. The audience, on sulphur yellow seating, is placed within a monumentally scaled ring-shaped stage that revolves around them as they follow Yank from the stokehole of a transatlantic ocean liner to the wealthy neighborhoods of New York society. 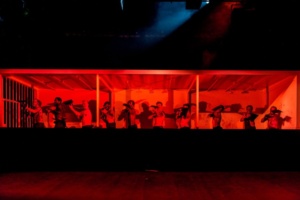 “O’Neill’s story of capitalism and inequality has as much resonance in contemporary discourse as it did when it premiered nearly a century ago, during a surge of industrialization and the kind of social disruption it wrought,” said Pierre Audi, Artistic Director of Park Avenue Armory. “We are pleased to produce a bold reimaging of this work, inviting Richard and a visionary creative team to reinvent the production from its original Old Vic commission in a new design concept that utilizes the Armory’s space like never before and with a phenomenally talented cast. It is thrilling to have a visionary director working in the Armory to make epic theater.”

Park Avenue Armory’s dynamic platforms—from the Wade Thompson Drill Hall to array of exquisite historic period rooms—enable the creation of new artworks and experiences for New York audiences that could not be realized in traditional concert halls, theaters, and museum galleries. The Hairy Ape is featured as part of the Armory’s 2017 season.

Previous theatrical presentations at the Armory include Les Éphémères with Le Théâtre du Soleil under the direction of Arian Mnouchkine; the Chekhov International Theatre Festival’s staging of Boris Godunov; the unprecedented residency of the Royal Shakespeare Company in performances of five productions in repertory over six weeks; and the Armory’s production of Macbeth directed by Rob Ashford and Kenneth Branagh in a staging that transformed the Drill Hall into a Scottish heath and henge and drew audiences into the blood, sweat, and elements of nature as action unfurled across a traverse stage.

Suzanna BowlingMay 17, 2022
Read More
Scroll for more
Tap
Crackskull Row: Ghosts and Guilt for Masher, Rasher, and Basher.
She Says: David Mamet’s The Penitent: 90 Minutes For A Cheep Pay Off