Get Ready For House Of Waters 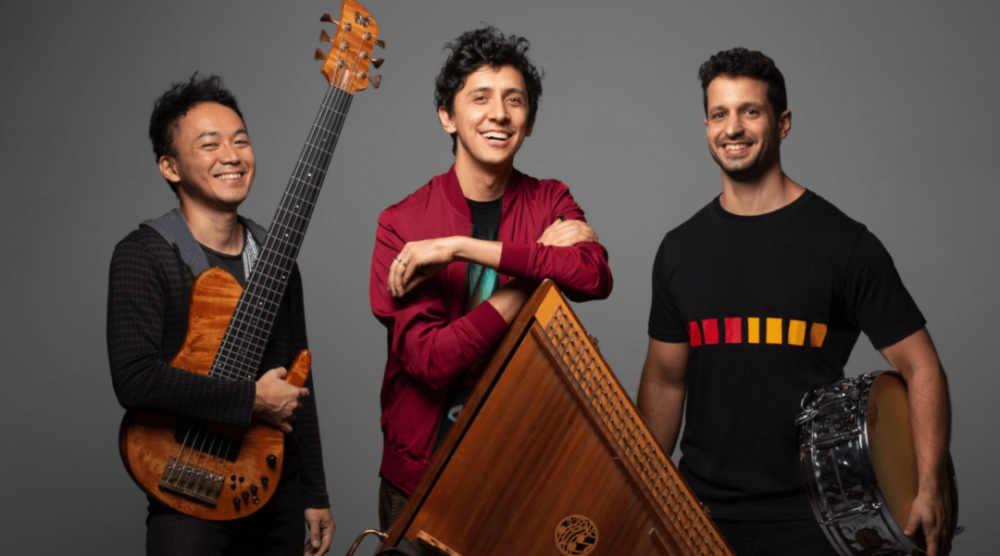 Get Ready For House Of Waters

House of Waters, Rising was released February 15th, 2019, debuted at #4 on the iTunes Jazz Charts.

Fresh off a busy and globetrotting 2018, House Of Waters lauded through four tours of Europe, their first tour in India, and numerous shows and festivals in the USA, the ground breaking and genre bending Brooklyn-based international fusion group returns with a fantastic new record.

Tomorrow streaming live from the Sony Hall stage, their newest show will be available on demand for 48 hours. House of Waters combines a variety of influences from around the world and throughout history. The band includes Max ZT, lauded as the “Jimi Hendrix of Hammered Dulcimer”; bassist Moto Fukushima, who has a strong background in jazz improvisation, Western classical music and the African inspired musics of South America; and drummer Ignacio Rivas Bixio, who mixes South American rhythms with powerful fusion beats.

Moto Fukushima has been playing music for as long as he can remember. Accompanying such greats as Joe Lovano, Mike Stern, and Dave Weckl, he has redefined the role of the bass. With a strong background in jazz improvisation, Western classical music and the African inspired musics of South America, Moto’s playing is an amazing combination of finesse, subtlety, and power.

Drummer Ignacio Rivas Bixio mixes South American rhythms with powerful fusion beats. Born in Buenos Aires, Argentina, Ignacio moved to NYC after graduating from Berklee College of Music, and is one of the most sought after drummers on the scene.

House of Waters has scored an Emmy winning documentary for ESPN, and has shared the stage with some of the most influential musical leaders of the century including: Pandit Ravi Shankar, Victor Wooten, Tinariwen, Jimmy Cliff, Snarky Puppy, Karsh Kale, and more.

Their self titled first record on Snarky Puppy’s GroundUP Record Label – House of Waters – debuted at #2 on the iTunes World Music Charts. All About Jazz calls it, “A rare and beautiful gem,” while TimeOutNY calls their performances “A sight to behold.”

Available on demand for 48 hours on Saturday, February 20th at 8:00pm

Suzanna BowlingMarch 2, 2021
Read More
Scroll for more
Tap
What to Watch in The New Year: February 20
The Glorious Corner