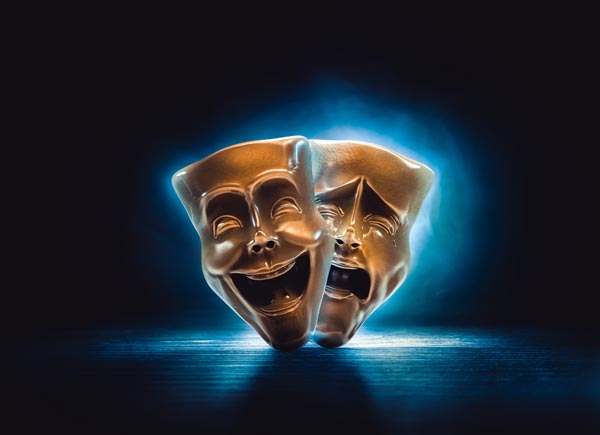 The Drama League (Artistic Director, Gabriel Stelian-Shanks; Executive Director, Bevin Ross) announces today the dates and line-up for DirectorFest 2021​, a multi-week festival celebrating the art of stage directing and honoring the service organization’s 2020-21 Directors Project class of New York and Classical Fellowship recipients. Five select Directors Project fellows, early to mid-career artists chosen each year from hundreds of applicants worldwide, will direct vibrant new theatrical productions to be staged, filmed, and produced this spring and made accessible to audiences online. Four productions, directed by New York Fellows ​Cristina Angeles​, ​Signe V. Harriday​, ​Taylor Haven Holt​, and ​Cait Robinson​, will premiere this June and will each be available for ticket-holders to stream for one week only. In addition to the June line-up, a benefit reading of John Lyly’s ​Gallathea​, directed by Classical Fellow ​Emma Rosa Went and presented in collaboration with ​Red Bull Theater​, will premiere March 15 and will be available to stream for four days.

In addition to DirectorFest, The Drama League will continue its tradition of honoring the outstanding accomplishments of the New York theatrical community with ​The Drama League Awards​, which will be pre-recorded and streamed on May 21. The nomination process, which will focus on extraordinary digital theatrical productions during the shutdown of live performance and identifying individuals and organizations that made an impact in the last year, is currently underway with voting expected to take place in the coming months. More information about this year’s ceremony, including the longstanding special recognition award recipients, will be announced at a later date.

First performed in 1588, John Lyly’s ​Gallathea​ is a queer love story set inside the landscape of classical myth. In order to avoid becoming dinner for a sea monster, Gallathea and Phillida are sent into the forest dressed as boys. Meanwhile, three shipwrecked brothers set out to seek their fortunes, Cupid stirs up his usual trouble, nymphs fall for mortals, and Neptune – God of the Sea – waits to make his move. This playful pastoral of love, desire, and finding yourself is an affirmation of identity–joyfully reclaimed for 2021.

You can RSVP for ​Gallathea​ now by visiting ​redbulltheater.org/gallathea​. This benefit reading is Pay-What-You-Can, meaning it is free with a request to donate.

Using traditional storytelling and nontraditional verse to chronicle the course of love returning in the lifetimes of one woman-loving-woman named bull-dog-jean, ​the bull-jean stories.​ give cultural documentation and social commentary on African-American herstory and survival. Set in the rural South of the 1920s, ​the bull-jean stories.​ herald the spirit of African-American people.

After a reckless car accident kills her twin brother, young Charlotte McGraw becomes a fascination to others when it appears she has received an eerie power from his dying kiss. Over the course of a hot summer, a continuing chain of odd events leaves the residents of a small Ohio town stopped in its tracks ​—​ as they learn to fear the literal kiss of death beneath their everyday facades.

In a society where a chasm has opened up between rich and poor — one Black girl has fallen into the abyss. As a result, GIRL embarks on a cross-country roadtrip in a converted Van: by day she’s lifestyle blogging as a #VanLife influencer, and by night she’s shooting down Amazon delivery drones to loot the contents — desperate to claw her way into American prosperity. But when she shoots down something she shouldn’t have, she’s forced to reckon with the cost of her ambition. She may be able to run from society, but she can’t escape the systems that are ingrained within her.

At the age of 6, a girl leaves her bedroom and family home and walks. She never stops. Until now. Enda Walsh’s short play ​A Girl’s Bedroom​ was first performed at the 2015 Galway International Arts Festival, and was revived at the 2016 Galway International Arts Festival alongside two other short plays by the same author – ​Kitchen​ and ​Room 303​ – under the collective title ​Rooms.​

Red Bull Theater​ (​Co-presenter, Gallathea –​ Founder and Artistic Director, Jesse Berger ; Managing Director, Jim Bredeson​) hailed as “the city’s gutsiest classical theater” by ​Time Out New York,​ brings rarely seen classic plays to dynamic new life for contemporary audiences, uniting a respect for tradition with a modern sensibility. Named for the rowdy Jacobean playhouse that illegally performed plays in England during the years of Puritan rule, Red Bull Theater is New York City’s home for dynamic performances of great plays that stand the test of time. With the Jacobean plays of Shakespeare and his contemporaries as its cornerstone, the company also produces new works that are in conversation with the classics. A home for artists, scholars, and students, Red Bull Theater delights and engages the intellect and imagination of audiences, and strives to make its work accessible, diverse, and welcoming to all. Red Bull Theater believes in the power of great classic stories and plays of heightened language to deepen our understanding of the human condition, in the special ability of live theater to create unique, collective experiences, and the timeless capacity of classical theater to illuminate the events of our times. ​Variety a​ greed, hailing Red Bull’s work as: “Proof that classical theater can still be surprising after hundreds of years.”

Through our work, The Drama League celebrates the important role theatergoers have to the future of the industry, and champions the impact theater plays in civic life. The Drama League breaks the formidable barriers that impede success in the arts. These directors, nurtured and empowered by The Drama League’s support, are trained to create the most rigorous work possible, as a live exchange between artists and audiences. In doing so, we elevate the conversation, deeply impacting theaters and their communities. Bringing people together to celebrate difference, share experiences, and discover common ground are crucial needs served by the work of Drama League directors. This necessary cultural practice is the foundation of our shared humanity.