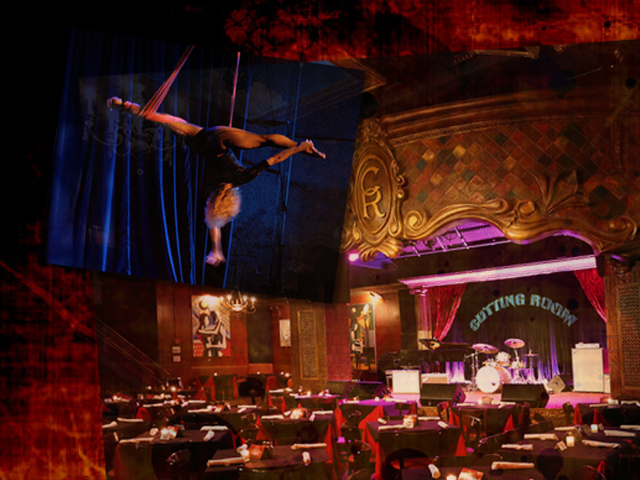 Get Ready for The Midnight Experience at Cutting Room

Get Ready for The Midnight Experience at Cutting Room

The Midnight Experience is a wild and scandalous rock ‘n roll experience featuring New York City’s hottest aerialists, circus and burlesque performers. Feel the heat as this sensual cast performs risque and dangerous acts right before your eyes. Come for the show and stay for the Seduction!  This 90-minute show will take place every Saturday at Midnight at The Cutting Room, with special guest stars and a rotating troupe of deviants.

Previews for The Midnight Experience at The Cutting Room (44 E. 32nd Street) begin this Saturday night, April 23rd at Midnight before the show’s official premiere on Saturday, May 7th.  Advance tickets can be bought for $20 (+ a $20 food/drink spend) by visiting www.thecuttingroomnyc.com

The show is produced by Brian Rardin and Kristin Olness.  Rardin’s directorial resume is vast having worked on Bronx Queen Trilogy, Garbo, Deflyance, Swingin’ At Jack’s, Under The Tree: Suspended Cirque; He has also provided Stage Management to A Gentleman’s Guide to Love and Murder, Equus with Daniel Radcliffe, Well, Amadeus with Michael Sheen and Showboat.

Producer Kristin Olness worked on the Tony Award winning Broadway revival of Cabaret reprising her role as Helga in 1998 and 2014.  She has toured internationally as a principal aerialist with Cirque le masque, Cirques on Ice, and ImaginAerial, and co-founded Suspended Cirque.  She is a co-founding instructor at Aerial Arts NYC.