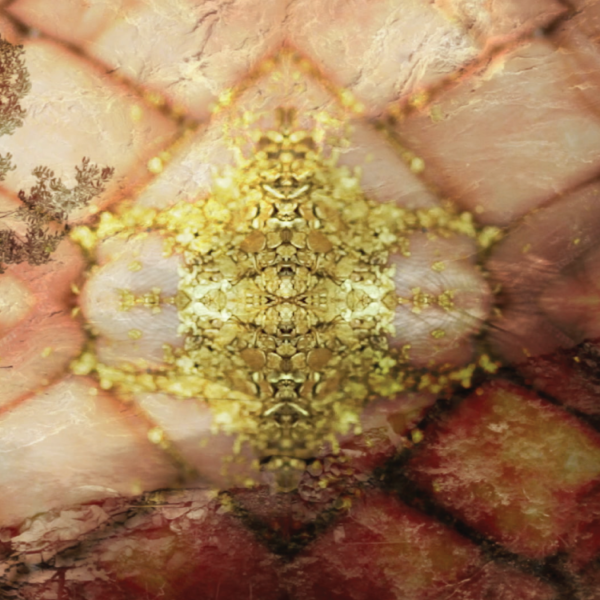 Suzanna Bowling
Each night in September, flowing water and glittering gold will move in kaleidoscopic configurations across the iconic billboards of Times Square. Patrón Mono: Ríos Libres, Pueblos Vivos is the latest addition to Colombian artist Carolina Caycedo’s ‘Water Portraits’ series, a collection of work designed with the intention to reform our relationship to water and which follows the fate of waterways across North and South America.

Patrón Mono: Ríos Libres, Pueblos Vivos portrays the lower Cauca River canyon located in Antioquia, Colombia – a region currently impacted by the Hidroituango hydroelectric dam contingency, and where armed and environmental conflict overlap. The muleteers, fishermen, and artisanal miners of the region refer to the Cauca River as ‘Patrón Mono’ (Blonde Boss), because of its yellow color and the gold found in its waters and sands. As Caycedo explains, for the local community of residents and workers, the Patrón Mono is the best employer in the world as “it doesn’t set schedules, it never refuses to pay, and it always provides them with fish and gold.”

In Caycedo’s ‘Water Portraits,’ bodies of water are reimagined into living beings through mirrored abstractions and remixed images of rivers and waterfalls. The portraits are designed to grant autonomy to these waterways that have been colonized by humanity. They work to create a distinct identity for water by repositioning waterways as social agents within contemporary environmental conflicts. Caycedo’s ‘Water Portraits’ invites us to decolonize the natural landscape and reevaluate our relationship towards it.

Patrón Mono: Ríos Libres, Pueblos Vivos is co-presented by The Armory Show with Instituto de Visión on the occasion of the 2022 edition of the fair, taking place September 9-11 at the Javits Center in New York City.

Midnight Moment is the world’s largest, longest-running digital art exhibition, synchronized on over 90 electronic billboards throughout Times Square nightly from 11:57pm to midnight. This year, Times Square Arts is celebrating the ten year anniversary of the Midnight Moment series with a roster of all women and femme-expansive artists until April 2023.

Carolina Caycedo is a multidisciplinary artist known for her performances, video, artist’s books, sculptures, and installations that examine environmental and social issues.  Her work contributes to the construction of environmental historical memory, as a fundamental element for non-repetition of violence against human and non-human entities.

She has developed publicly engaged projects in major cities across the globe, and held residencies at the DAAD in Berlin, and The Huntington Libraries, Art Museum and Botanical Gardens in San Marino, California, among others. She has participated in numerous international biennales including the Sydney, Chicago Architecture, Sao Paulo, Istanbul, Berlin, Havana, and Whitney Biennials. She has received funding from Creative Capital, Prince Claus Fund, Latinx Fellowship, Vera List Center for Arts and Politics, and others.

Caycedo’s current solo museum exhibitions include Projects: Carolina Caycedo and David de Rozas at MoMA (2022-2023) and Land of Friends at Baltic Centre for Contemporary Art in Newcastle (2022-2023). She is a nominee for the Artes Mundi 10 Prize.

The Armory Show has been a cornerstone of New York’s cultural landscape since its founding in 1994, bringing the world’s leading international contemporary and modern art galleries to New York each year. The fair plays a leading role in the city’s position as an important cultural capital through elevated presentations, thoughtful programming, curatorial leadership, meaningful institutional partnerships, and engaging public art activations.

Instituto de Visión is a Bogotá based gallery for conceptual based practices. Their mission is to investigate conceptual discourses that have been neglected by the official Latin American art canon. They have recovered important estates from throughout the Latin American art of the mid XX century and they continue to investigate the most enigmatic oeuvres of the region. Through a parallel program, they represent some of the most relevant contemporary practices from Colombia, Chile, North America, and Venezuela among others. Directed by three women, Instituto de Vision gives special attention to female voices, queer theories, environmental activism, the conflicts of migration, and other critical positions that challenge the established order.