Get Ready For The St. Patrick’s Day Parade 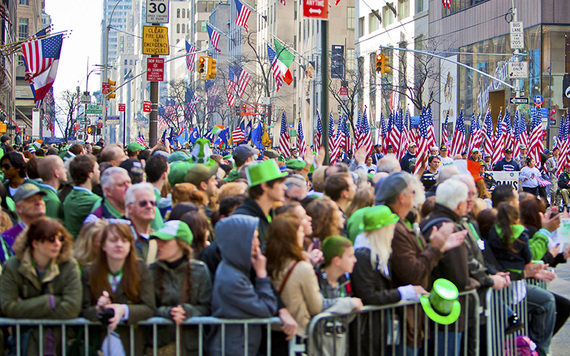 Get Ready For The St. Patrick’s Day Parade

This year marks the 258th anniversary of the New York City’s St. Patrick’s Day Parade. The first was 1762, 14 years before the founding fathers signed the Declaration of Independence.

NYC’s 2019 St Patrick’s Day Parade happens this Saturday, March 16th at 11am at 44th Street and 5th Ave, continuing nearly two miles north all the way up to 79th Street, ending around 5pm.

Cardinal Timothy Dolan, Archbishop of New York, will preside the mass at St. Patrick’s Cathedral and then come out on the steps of the church to greet his fans.

The parade creates a lot of road closures so plan your Saturday accordingly.

Amy’s Bread will be at the New York Public Library so pick up some warm, buttered Irish soda bread.

If you are looking for Irish fare try the Long Room,  O’Lunney’s or Tir Na Nog for shepherd’s pie or bangers and mash. Make sure you make reservations though.

Hear traditional music at Paddy Reilly’s, get your drink on at McSorely’s Old Ale Houe the city’s oldest tavern, or take the St. Patrick’s Day Irish Heritage Tour. The three-hours, 2 miles of walking and some public transportation — begins in Grand Central at 2:30pm and ends at the Irish Hunger Memorial in Battery Park City.Cost: $17.03

If you can’t make it to the parade, you can watch the parade live on WNBC New York.