Get Ready For The World Premiere Of The Twenty-Sided Tavern 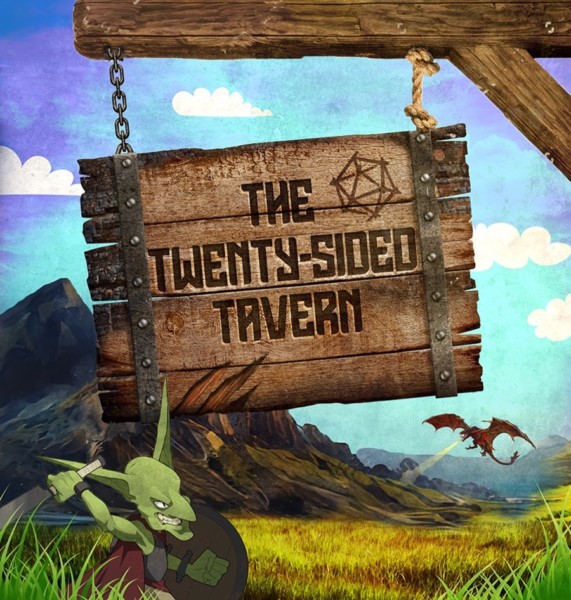 Get Ready For The World Premiere Of The Twenty-Sided Tavern

The Twenty-Sided Tavern, is an experiential entertainment event that will have its World Premiere on Friday, April 15, at the Pittsburgh Civic Light Opera’s famously unique Greer Cabaret (719 Liberty Avenue, Pittsburgh, PA) where they will push the margins of audience participation and advance the opportunities of the live experience as we know it today.

Over 29 million Americans attend the theatre, annually, another 173 million play video games. The Twenty-Sided Tavern is an experiential phenomenon that has been created, written and designed specifically for all 202,000,000 of them.

Using Gamiotics, a ground-breaking software designed for audience interaction, The Twenty-Sided Tavern is theatre of the audience, by the audience and for the audience.

There were eleven developmental performances. The audience reaction was built exponentially until the final performance when they would have blown the roof off the tiny theatre if it hadn’t been attached to the floor of the Gristedes.

The grocery store employees were not ready for the seismic reaction. No one was.

The audience chooses the characters.

The audience chooses the paths those characters will travel.

The audience chooses the outcome of their journeys.

The audience chooses the ending of the tale.

The evening’s heroes begin in a tavern, down on their luck and hungry for a new journey. Adventure strikes when they are summoned to the nearby town of Crochanvale to help oversee the mysterious Ritual of the Crystal Cauldron. The success of the ritual will ensure the safety of the region for the next 99 years, but there are those would rather see the world fall into chaos.  The heroes, and the audience, must solve riddles, overcome physical challenges, and interact with a whole host of outlandish NPCs (Nonplayer Characters) in order to gather the necessary ingredients.  But who they meet, where they succeed, and how accurately they complete the ritual will determine a unique ending to the audience-driven story and fate of the very land in which they live, EVERY NIGHT.

Inspired by the world created by Dungeons and Dragons, this is a High Fantasy Interactive Quest driven and controlled by Twenty-First Century gaming enthusiasts let loose in the one place that can handle them, a famous theatre in Pittsburgh.

The show is produced by Session Zero LLC  a partnership between David Andrew Laws, Sarah Reynolds and David Carpenter/Gamiotics, the creative brain trust behind this remarkable show.

Nick O’Leary is a New York based theatermaker and director of performance and live events. As a creator of interactive experiences, his practice bridges immersive theater, games, and interactive performance. Nick is a founding board member of the Playable Theatre non-profit and is a producing company member with Dacha Theatre in Seattle, WA. Born and raised in New England, he has developed new work with The American Repertory Theater (MA), Actors Theatre of Louisville (KY), Guerilla Opera (MA), The Flea Theater (NY), The Museum of the Moving Image (NY), The 24 Hour Plays (NY), Dacha Theatre (WA), Sinking Ship Creations (NY) and as a guest artist at Dartmouth College (NH).

David Carpenter is the CEO of Gamiotics, Inc., a live entertainment software company that enables real time communication between audience and content and is powering the next generation of immersive and experiential entertainment.  Gamiotics mission is to deliver authentic experiences through audience agency.   He is a twenty-year veteran of the entertainment industry and a Tony nominated producer. He is currently a managing partner in the new interactive experience, The Twenty-Sided Tavern. Bringing a D&D style RPG game into live entertainment space using Gamiotics technology to power the audience engagement, this exciting new project will premiere in 2022.  In 2019 he was the lead producer of the Broadway run of Slava’s Snow Show (NY Times Critics Pick). He helmed the off-Broadway record breaking the comedy Puffs which ran for three years in New York and is in the top ten most licensed shows in the US. He produced Puffs in Australia for two years with a record-breaking engagement in Melbourne before touring to Sydney and Brisbane. He was also the Executive Producer of Puffs: Filmed Live Off-Broadway which debuted on screen nationwide with Fathom Events and now can be viewed on any streaming platform. He is also the licensor and publisher of the play. A former Dreamworks Theatricals executive overseeing sales operations for Shrek The Musical, he got his start many years ago at the renowned theatrical office The Dodgers. He is a graduate of Bucknell University and has lectured on producing at Columbia University, Bucknell University, The University of New Mexico and the University of Florida at Gainesville.

David Andrew Laws, a.k.a. DAGL, is the co-creator and resident Gamemaster of The Twenty-Sided Tavern. He has spent the past four years professionally running tabletop role-playing games like D&D for first time adults, veteran players, and adventurers as young as six years old. His writing has been performed all over the country, as well as internationally, and he was part of the writing team for Seize the Show’s award-winning interactive experience “Saving Wonderland.” As an actor, he has surpassed 300 performances as Macbeth in the off-Broadway hit Drunk Shakespeare.

Sarah Reynolds is the co-creator and resident Tavern Keeper of The Twenty-Sided Tavern. She is a multidisciplinary artist, manager, and facilitator whose work has been seen on Broadway (Slava’s Snowshow, Oklahoma!), off-Broadway (Puffs, Rock of Ages, Get On Your Knees), Internationally (Toronto Next Stage Festival, Edinburgh Fringe Festival), and on Tour (Cruel Intentions, The Stand In with the American Czech Theatre).  She has been designing gameplay experiences in performance spaces for over a decade and has worked with Gamiotics for over 3 years, providing extensive development and game design integration on over 25 productions, brand activations, and client experiences. She holds a graduate degree from NYU Steinhardt.

Caite Hevner is a theatrical designer based in NYC. Her designs have been seen on Broadway, off-Broadway, across the United States, and internationally. Caite is a proud member of USA829, where she serves as co-chair of the Respectful Workplace Committee and of the Accountability Taskforce, and has served on Broadway, off-Broadway, and LORT negotiating committees. She has served as an adjunct faculty member at Rutgers University, Ramapo College and Fordham University, and has been a lecturer/guest speaker at many institutions including New York University, University of Maryland, University of the Arts, Webster University, San Diego State University, The Jim Moran Institute for Global University, Florida Entrepreneurship, and Berklee College of Music.  Caite has taught master classes including with the Broadway Teachers Workshop, and has created free courses on theatrical design available online to educators and students through Artful Resources.

Gamiotics is built by creators for creators.  It is the ONLY software solution for the live entertainment market that connects the audience and content with zero hassle. It is web-based, there’s nothing for your audience to download, and it’s accessible instantly from the phone in their pocket.