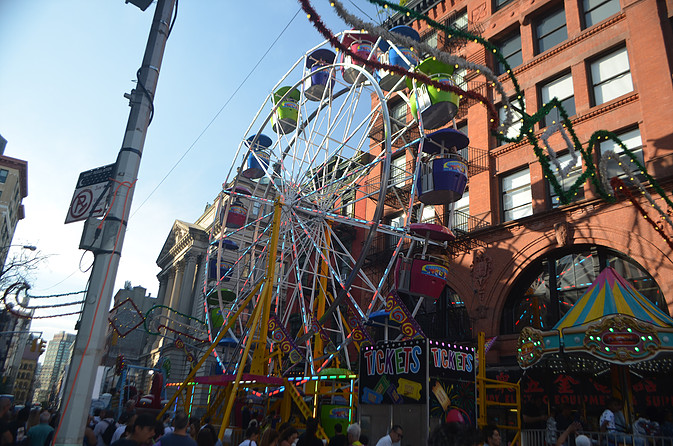 Get Ready New York for 91st Feast of San Gennaro

Get Ready New York for 91st Feast of San Gennaro

The 91st annual Feast of San Gennaro officially kicks off today and it is going to be an exciting time at the festival. It is a fun time for family, friends and foodies alike.

Here are some highlights on the upcoming schedule:

Special guest performance by Lala Brooks and The Crystals

Special guest performance by Vito and The Elegants

The beloved Feast of San Gennaro, which is celebrating its 91st anniversary this year, is an annual festival presented by Figli di San Gennaro (Children of San Gennaro), a not-for-profit community organization dedicated to keeping the spirit and faith of the early Italian immigrants alive. The Feast is New York City’s largest and longest running festivals, and attracts more than one-million people from around the world each year, to take part in the religious processions, colorful parades, free musical entertainment, and a wide variety of authentic Italian cuisine. The first Feast in New York City took place on September 19, 1926 when newly arrived immigrants from Naples settled in what is now Little Italy in New York City, and decided to continue the tradition they had followed in Italy to celebrate the day in 305 A.D. when Saint Gennaro was martyred for the faith. Since then, the Feast has grown from a one-day street festival to a gala 11-day event.