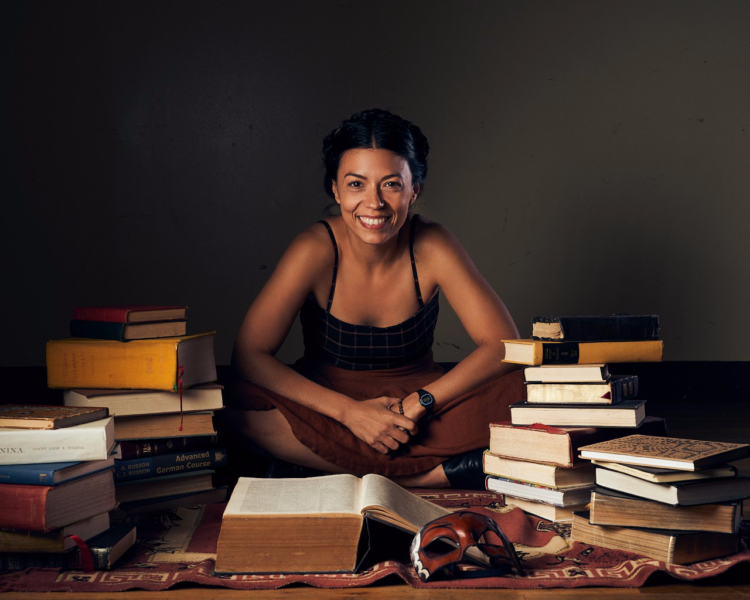 Smith Street Stage has always looked for new ways to tell classic stories and they are doing just that with Lear – That Old Man I Used to Know, a new take on the classic story of King Lear.  Performances begin at the A.R.T/New York Theaters on September 5th, for a limited engagement.

Since that inaugural production (a five actor adaptation of Romeo and Juliet) 10 years ago and under the artistic direction of Beth Ann Hopkins, the Company has grown to hiring over 40 artists a year, receiving New York Innovative Theater Awards across multiple seasons, and bringing full productions of critically acclaimed shows to theaters throughout the city. They believe that easily accessible productions of plays produced at a high artistic level can transform audiences’ relationship with great literature.
The Company’s foremost principle is that classical texts are not elitist, and they aim for their productions to be both meaningful and accessible by focusing on relatable human dilemmas without diminishing their complexity. Their goal is to demystify the classics.

In Lear – That Old Man I Used to Know, King Lear is told through the eyes of a child as the words on the page literally come to life before her eyes while in her grandmother’s attic.

This adaptation explores the conflict between love and disappointment. It presses audiences to think of how much we are able to bear for the people who are most important to us. It challenges us to think of what we’re able to forgive, what that forgiveness is able to do and the strength of the family bond.

At its core, it’s a human story.

T2C posed a series of questions to get to know Beth Ann Hopkins and learn more about her creative process.

T2C: How did you get involved with Smith Street Stage?

Beth Ann Hopkins: I founded Smith Street Stage back in 2010 with my good friend, now husband Jonathan Hopkins. We had adapted a 4 person production of Romeo & Juliet and wanted to find a platform where we could perform it again. The production was really well received, and we felt we had a certain way of working on these plays that made them resonate with people.

T2C: What is the mission of Smith Street Stage?

Beth Ann Hopkins: Smith Street Stage seeks to tell classic stories in new ways through affordable, exciting and consequential theater arts. The Company holds that universally recognizable and deeply human conflicts are inherent in great literature, and by exploring such texts with rigor and creativity, one may apprehend these truths and reveal anew their relevance to our lives. Such stories presented skillfully and earnestly have the power to engage philosophical issues, excite spectators of all backgrounds and predispositions, and bring communities closer.

Beth Ann Hopkins: Our home base is Carroll Gardens Brooklyn, where we’ve done free summer Shakespeare for ten years now. But we’ve performed work all over the city, including an Off-Broadway house on 42nd street.

T2C: How do other get involved in Smith Street Stage?

Beth Ann Hopkins: The best way to begin is to come and see one of our performances. If you find what we do exciting, we have seasonal auditions for Actors, interviews for our Assistant program, and plenty of ways to volunteer to get in on the other side of the table. Lastly, we exist because of the support from our community, and our subscriber program is a way that Smith Street can continue to produce exceptional work.

T2C: You adapted Lear – That Old Man I Used to Know. What made you choose Lear?

Beth Ann Hopkins: Every Shakespearean actor or director holds one of Shakespeare’s plays closer to their heart than the others, and for me that’s King Lear. The themes of forgiveness and love are epic and, I believe, unparalleled in dramatic literature. It’s about the power of familial love, which is something that affects everyone. I also think this play has some of the most beautiful language that I’ve ever heard. It sings to me.

T2C: What fresh ideas do you bring to this age old story?

Beth Ann Hopkins: I began to think of this story through the lens of Lear’s youngest daughter, Cordelia, the one whom he banishes at the beginning of the play. I imagined a scenario in which a girl, mourning someone from her life, would retreat into a hidden space and find a sort of solace in the story of King Lear, which would come to life around her. The girl identifies with Cordelia, becomes her in the story, and through trying to influence the stories characters, learns we don’t always get the ending we expect to have with our loved ones. I wanted Cordelia to be able to watch her father’s decline, in order to understand and not only forgive but come to a higher place of learning about death and age.

T2C: What other shows would you like to bring to the stage?

Beth Ann Hopkins: I have an adaptation of An Enemy of the People, that I’d love to express fully. We did a workshop production a few years ago. It has very little text and the movement spans from dream like to tribal. Elliot Roth wrote a magical contemporary classical score which I would love more people to experience.

I also have a Tempest I’d love to play with inside. We performed it a few years ago outside with our Shakespeare in Carroll Park program. Clara Strauch wrote the most haunted musical score.

T2C: You are an actress as well as a director. What roles would you like to perform?

Beth Ann Hopkins: I love playing the misfits, the leftovers, the weirdos, the ones on the brink of madness and brilliance. For Shakespeare that means Ophelia, Lear’s Fool, Lady M, Hamlet. Otherwise I look to my favorite authors, Harold Pinter, Edward Albee and Jez Butterworth.

T2C: What do you prefer more acting or directing?

Beth Ann Hopkins: I love them both for completely different reasons.
With acting, I love being able to get lost in a role and be a part of someone else’s vision. It’s very playful and fun. I get to shut off parts of my brain and swim around in beautiful waters that have been filled for me by designers & Directors. Directing a play spins the brain. All your cylinders have to be working. I have to be ready to discard ideas and concepts that don’t feel right or aren’t helping the play. That can be a downright heart-breaking and exhausting experience. But when something works, when the music and movement and acting swirl in such a way that can take away someone’s breath or remind an audience member of what it feels like to be human? That’s something very special.

Beth Ann Hopkins: I think collaboration is essential in the arts. I believe in the magic of storytelling and think that live theatre can change people. I have every confidence our Lear will do that.