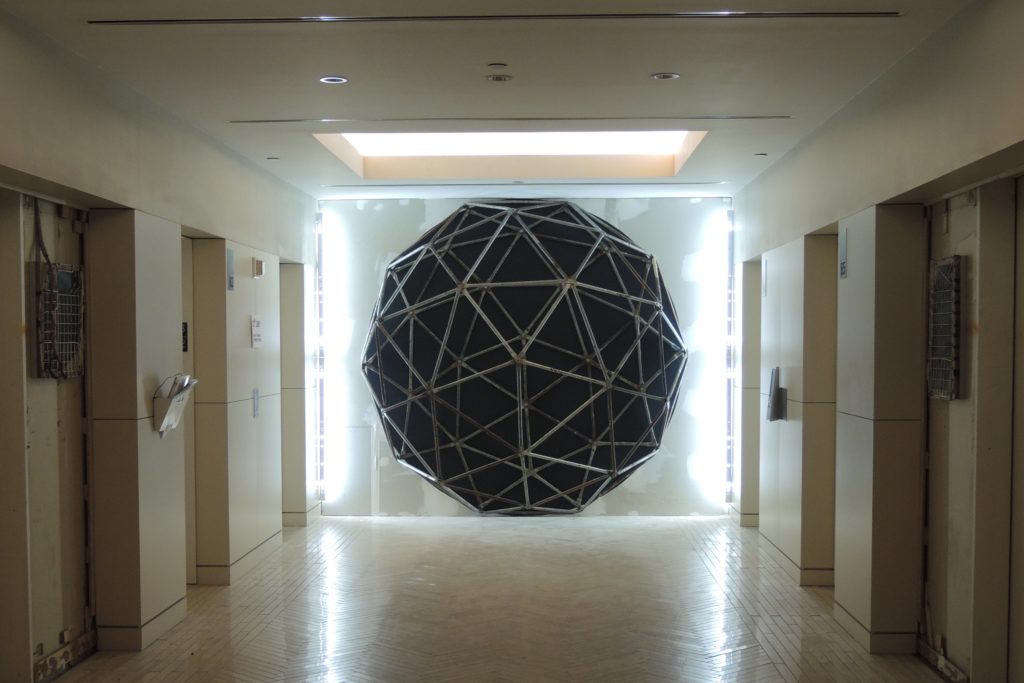 Get Your Art Addiction on with Spring/Break

Get Your Art Addiction on with Spring/Break

Art abounds as the Armory Show at Piers 92 and 94. Artists, collectors, dealers, gallery owners and lovers the form all transcend to get thier fill of the new, the different and the exciting. Spring/Break is an edgier avant-garde form where it becomes more of a series of installations. Located on the 22nd and 23rd floors of the 4 Times Square (the old Condé Nast Building), each curator is given an empty space to fill up as they choose. 155 curators and over 400 artists’s work is spread out over the two floors. The fair, now two years old debuted in 2011 at St. Patrick’s Old School in Nolita, and spent two years inside the former Farley Post Office across from Penn Station. If you go expects a line around the block.

The theme this year is “Black Mirror,” which asked the artists to explore identity and how we think of ourselves as Americans. “Innovation has enhanced the way in which the self is documented, exhumed, and proliferated on the day-to-day. A ‘keeping up with the joneses’-style attention to self portraiture on social media, an embrace of video communication software in the live stream, even the self grooming to meet standards of omnipresent surveillance documentation, or bystander photo-bomb, all keep us constantly rebounding from our subjective experiences back to a meditation on ‘the me’. How does this multiplication of the self impact the expressive artifact—a pure totem of experience Oscar Wilde suggested should only, “reveal beauty and hide the artist?” 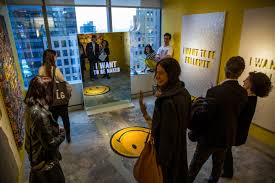 Jonathan Rosen’s I’ll Be Happy When

Jonathan Rosen’s I’ll Be Happy When centerpiece is a giant mirror containing a small computer that runs a program cycling through a series of desires, set to the shutter speed of an iPhone camera. By taking a selfie the piece generates the viewer’s secret desire. 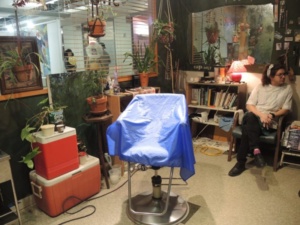 Melissa Godoy Neito’s Dream Journal, is an on-going work, using the drawings and paintings of  the dreams of everyone who enters and submits. 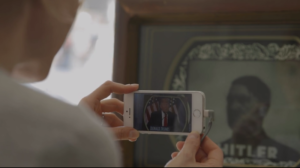 Greg Haberny, has created fragments from his cut-up paintings.