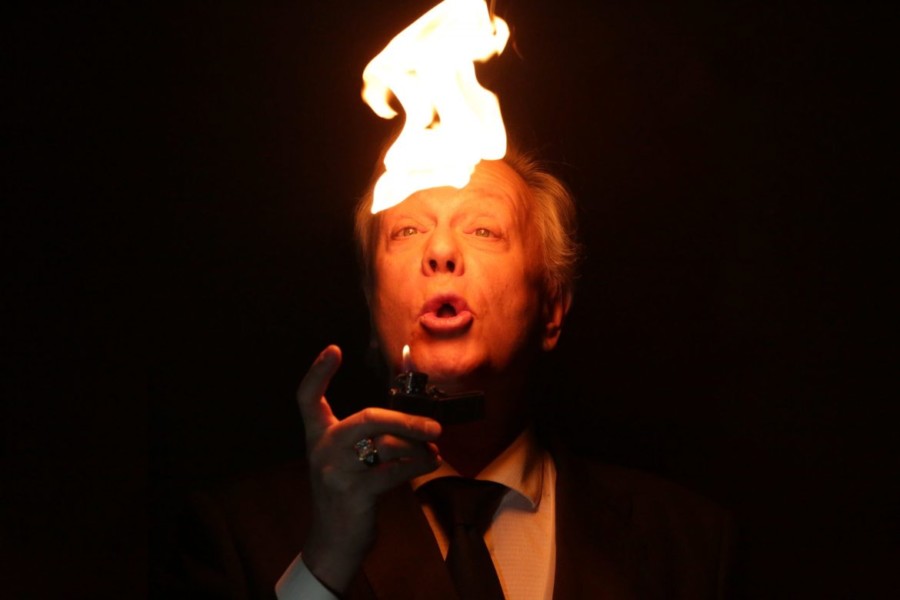 Last night I spent an entertaining night of magik in The Lodge at Gallow Green at the McKittrick Hotel. Fire, birds, sleight of hand, mesmerizing card tricks galore had me throughly baffled, stunned and amused. Speakeasy Magick, is an evening showcasing some of the most amazing examples of magick.

As the piano player adds a hint of ragtime, waitresses/waiters offer drinks. Then every table get a “speed magic” date with different magicians. They come to your table chat and blow your mind. First up was Jeffrey Kellogg who cards and coins change color and disappeared at will.

Then another lead performer wowed the room and in truth was my favorite. Alex Boyce‘s pigeons adorably appeared out of thin air, enchanting and is one thrilling illusion. In a room so intimate, there really is no where to hide and I dare anyone to tell me how he does this.

There are are a plethora of magicians, so you will see a few. Other performers who have been included are Jason Suran (The Other Side),
Prakash Puru (celebrity favorite), Rachel Wax (A Taste of Magic), Noah Levine (Magic After Hours), Peter Samelson, Jeff Grow, Jason Suran, Eric Brown and more. This makes returning a must. I could easily go back at least three more times.