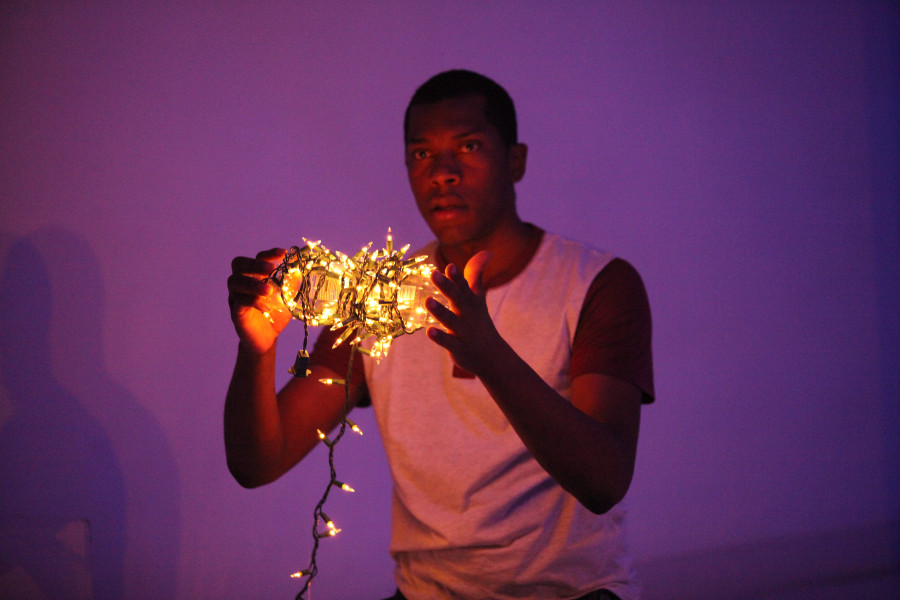 Getting Lost in No Man’s Land

Getting Lost in No Man’s Land 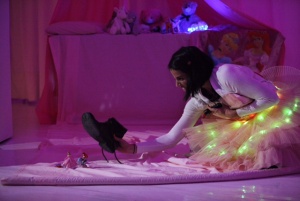 Melissa Moschitto’s The Anthropologists No Man’s Land is based on the true story of Jeremiah Heaton (Brian Demar Jones), a white Virginian farmer who promises his seven-year-old daughter Emily that she can and will be a real princess. 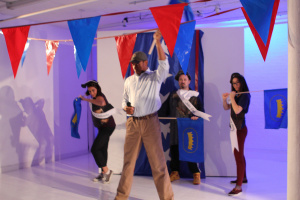 He searches for unclaimed land, finding a small area between Sudan and Egypt.  Naming it North Sudan, he appoints himself King after planting a flag in the soil.  Attempting to use fairy tale’s roots to imply systemic racism and white privilege, Heaton fails to care about the indigenous people that became instant refugees. (Disney has even bought the rights to Heaton’s story: The American Farmer Who Made His Daughter A Princess!) 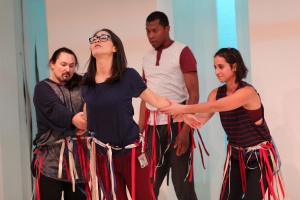 This farcical journey explores the “Princess Theory” that is sold to young girls with crowns dropping, roller skating, goofy choreography, Disney flunkies and drag queens in fabulous wigs. Encouraging imagination and make believe, this show has a romper room-like atmosphere with homemade costumes and dollar store props sprinkled throughout. 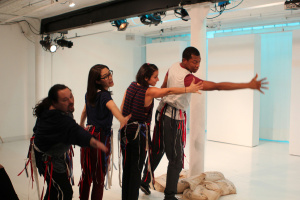 Under Ms. Moschitto’s direction of her own writing, Michael Ables, Mariah Freda, Jean Goto and Jones are a tightly-knit, yet gangly ensemble parodying emotions and dancing awkwardly. This ninety minute play uses humor to touch on racially focused police brutality, however the late introduction of a female refugee’s plight in the play failed to have the deep meaning desired.  In the end it was hard to decipher the story’s main thrust and the audience was left wondering what they were fighting for. 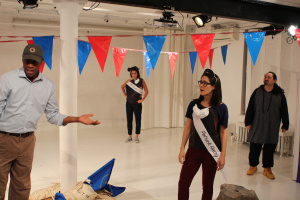