Getting to Know Lorin Latarro 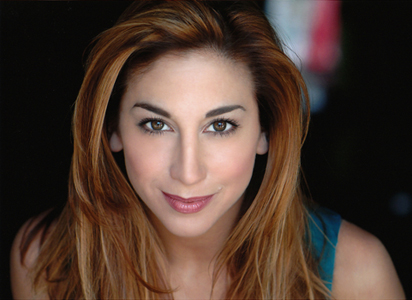 Getting to Know Lorin Latarro

Video shot by Magda Katz at the fabulous Lambs Club.

Lorin Latarro recently choreographed Shaina Taub’s Twelfth Night at The Delacorte and is now up for a Drama Desk Award for Outstanding Choreography presented by LaDuca Dance Shoes. She also earned a Lucille Lortel and Chita Rivera Award nominations for her choreography of Off-Broadway’s Merrily We Roll Along. Other credits include: Broadway’s Waitress, the Broadway transfer of Donmar Warehouses’s Les Dangereuse Liasons with Janet McTeer and Liev Shreiber, Waiting For Godot with Ian McKellen and Patrick Stuart, and was the Associate Choreographer of Curious Incident Of The Dog in The Night-Time.

As a performer Lorin was in 14 Broadway shows including Fosse, Swing!, A Chorus Line and Twyla Tharp’s Movin’ Out. She danced for Robert Wilson, Martha Graham and MOMIX.

As an Associate Artist at Bucks County Playhouse under Robyn Goodman and Alex Fraser she worked on Company, Rocky Horror, Ain’t Misbehavin’, World Goes ‘Round, Buddy, Taste of Things To Come.

She is a Dancebreak recipient, an Astaire Award nominee, is a Gates Foundation Arts Advocate in Africa and India, and is the founder of ArtAmmo.org, Artists Against Gun Violence, seen on PBS, Rachel Maddow and NYTimes. Lorin is a BFA graduate and adjunct professor at The Juilliard School.

Suzanna BowlingMay 12, 2022
Read More
Scroll for more
Tap
Heidi Schreck and What the Constitution Means to Me﻿ Wins The Coveted Prize at The Obie Awards
Norbert Leo Butz and Sherie Rene Scott Return to Feinstein’s/54 Below in July