Ghostlight Records is recording Alice By Heart and The New Yorkers 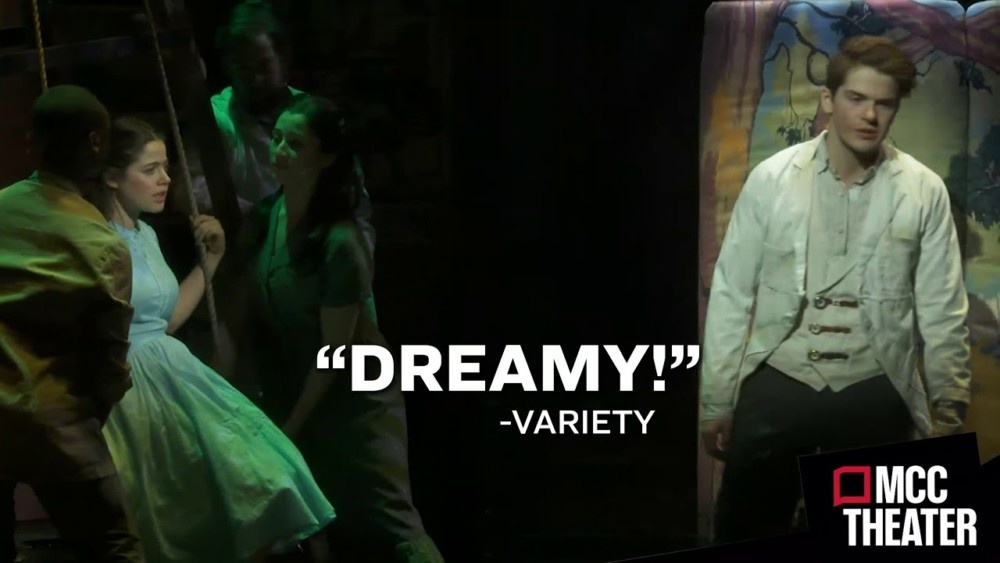 Ghostlight Records is recording Alice By Heart and The New Yorkers

Ghostlight Records has announced it will record a cast album of the new musical Alice By Heart. The show’s current New York premiere production from MCC Theater (Robert LuPone, Bernard Telsey, William Cantler, Artistic Directors; Blake West, Executive Director) was recently extended through April 7. Alice By Heart has a book by Steven Sater and Jessie Nelson; music by Duncan Sheik, lyrics by Steven Sater, and direction by Jessie Nelson. Choreography is by Rick and Jeff Kuperman. The album – produced by Duncan Sheik and Kurt Deutsch, with Craig Balsam and Cody Lassen serving as executive producers – is being recorded March 24-25.

Alice By Heart began performances on January 30 as the first show in the Newman Mills Theater at The Robert W. Wilson MCC Theater Space (511 West 52nd Street), with its official opening night on February 26.

When the madness of the world is too much to bear, we take refuge in the stories we love. Tony® and Grammy® award-winning creators of Spring Awakening, Steven Sater and Duncan Sheik, reunite for their new musical Alice By Heart, inspired by Alice’s Adventures in Wonderland and directed and co-written by Jessie Nelson (Waitress). In the rubble of the London Blitz of World War II, Alice Spencer’s budding teen life is turned upside down, and she and her dear friend Alfred are forced to take shelter in an underground tube station. When the ailing Alfred is quarantined, Alice encourages him to escape with her into their cherished book and journey down the rabbit hole to Wonderland. As they travel through the tale, Alice By Heart explores the poignancy of first love, coming to terms with loss, and finding the courage to move forward. This world premiere musical encourages us all to celebrate the transformational power of the imagination, even in the harshest of times.

Tickets are on sale now at mcctheater.org. A workshop production of Alice by Heart was presented by New York Stage and Film & Vassar at the Powerhouse Theater, Summer 2018. Developed at Theatre Aspen’s New Work Development Program.

Ghostlight Records has also announced it will record a new cast album of Cole Porter’s 1930 musical The New Yorkers. The recording will be based on the 2017 production from New York City Center(Arlene Shuler, New York City Center President & CEO) Encores!, directed by John Rando with musical direction by Encores! Music Director Rob Berman and choreography by Chris Bailey. The concert adaptation is by Encores! Artistic Director Jack Viertel. The album, produced by Rob Berman and Lawrence Manchester, is being recorded March 25-26.

When the Encores! production of The New Yorkers ran for seven performances from March 22-26, 2017.

The New Yorkers produced a number of standards — “I Happen to Like New York” and “Love for Sale” — but much of the original material had been lost, making this the most ambitious musical reconstruction ever taken on by Encores!. The surviving material consisted of copies of the script with barely decipherable notes from a stage manager, and while all but one of the Cole Porter songs were intact, only one of the songs written by the show’s star Jimmy Durante had survived—it seemed. Taking a page from the mercurial spirit of the production, which underwent many revisions (customary for a revue‐style show of this type), Viertel and Encores! Music Director Rob Berman made edits and inserted additional Porter songs that are cut from the same cloth as the existing material. Encores! researchers discovered the missing Durante material in a Los Angeles archive, and Berman developed arrangements with an ear to the style of the 1930s, which were orchestrated by Josh Clayton and Larry Moore.

G. H. HARDINGFebruary 3, 2023
Read More
Scroll for more
Tap
He Says: The Cradle Will Rock and Sing Like a Song Bird
Quilt, A Musical Celebration a Benefit For the Callen-Lorde Community Health Center and Frontline AIDS