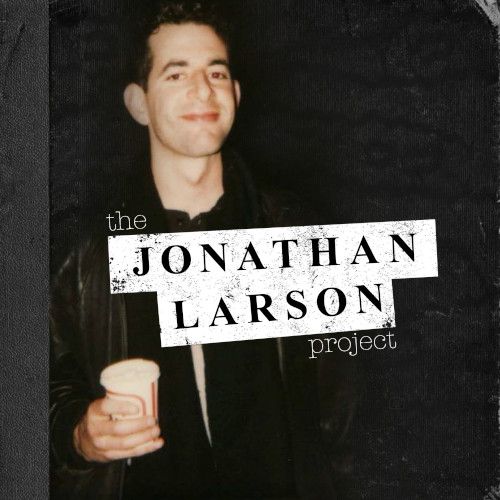 Ghostlight Records has announced that The Jonathan Larson Project is available as a limited edition CD package with a collectible 40-page hardbound book today, Friday, July 26. The album was released for digital download and streaming earlier this year, and a jewel case CD is due on Friday, August 23. The album features the music of the late Jonathan Larson, the generation-defining writer of Rentand tick, tick… BOOM!, the former an iconic Broadway landmark and the latter a beloved musical gem. The Jonathan Larson Project is an evening of Jonathan’s unheard work featuring songs from never-produced shows like 1984 and Superbia; songs that were cut from Rent and tick, tick… BOOM!; songs written for both theatrical revues and for the radio; songs about politics, love and New York City; including many never before publicly performed or recorded. To download or stream the album, or to order the CD, please visit ghostlightrecords.lnk.to/jonathanlarsonproject

In addition, Ghostlight Records will celebrate the CD release with an exclusive in-store signing and performance at Barnes & Noble on Monday, July 29 at 7:00 PM. The event – which will include performers Nick Blaemire, Lauren Marcus, and George Salazar, in addition to Jennifer Ashley Tepper, who directed and conceived the show, and Charlie Rosen, who provided music supervision, orchestrations, and arrangements – will feature a performance of musical selections and a CD signing. The store is located at 150 East 86th Street, between Lexington and Third Avenues on the Upper East Side. This is a wristbanded event. Priority seating will be offered to fans with CD purchase from the B&N Upper East Side store. Wristbands will be distributed on a first-come, first-served basis (with purchase or proof-of-purchase) beginning at 9:00 AM the day of the event. Please call (212) 369-2180 for details.

Jonathan Larson was a brilliant, groundbreaking creator of musical theater who died tragically at the age of 35, before seeing the worldwide acclaim his work would receive. He posthumously received Tony Awards and the Pulitzer Prize, and his songs have come to be treasured and performed in 25 languages, from Mexico to Japan to Italy, from summer camps to the silver screen to Broadway.

“Larson’s work has always spoken to me deeply,” says Jennifer Ashley Tepper. “It was a theater historian’s dream to spend several years researching his lesser-known songs at the Library of Congress in order to create a new song cycle. We presented The Jonathan Larson Project at Feinstein’s/54 Below last year and the energy of both the collaboration and of the audiences at the 12 performances was like nothing I’ve ever experienced. Jonathan’s lost songs, which had been sitting in boxes for decades, are relevant and fascinating and personal and political and fun and heartbreaking. Rehearsing them with some of the greatest theater artists of our new generation and then watching the way they influenced new audience members made me feel his legacy in a powerful way.”

“Now we get to share that legacy with the world by recording it as an album,” she continues. “A few years ago, most of these songs only existed as demo tapes in a library vault from the 1980s and 1990s, featuring Jonathan and his piano. Now they comprise a brand-new theater piece that has been fully realized musically and will be available for everyone to listen to. I could not be more excited for a wider audience to experience The Jonathan Larson Project.”

“Jonathan Larson’s Rent was a game changer for musical theater,” adds label founder Kurt Deutsch. “It revolutionized a new breed of musical theater artists and the audience that loves musicals. Jonathan left us too soon. However, we are fortunate that Jen Tepper through her years of research and dedication has given us all the gift of unearthing songs that were left behind. It is my honor to preserve this recording so that Jonathan’s legacy continues to live and sing on.”

Jonathan Larson received the 1996 Pulitzer Prize for Drama for Rent. He also won the 1996 Tony Award for Best Musical and the 1994 Richard Rodgers Awards for Rent, and twice received The Gilman & Gonzales-Falls Theatre Foundation’s Commendation Award. In 1989 he was granted the Stephen Sondheim Award from American Music Theatre Festival, where he contributed to the musical Sitting on the Edge of the Future. In 1988 he won the Richard Rodgers Development Grant for his rock musical Superbia, which was staged at Playwrights Horizons. He composed the score for the musical J.P. Morgan Saves the Nation, which was presented by En Garde Arts in 1995. Mr. Larson performed his rock monologue tick, tick… BOOM! at Second Stage Theater, The Village Gate, and New York Theatre Workshop. In addition to scoring and songwriting for “Sesame Street,” he created music for a number of children’s book-cassettes, including Steven Spielberg’s An American Tail and The Land Before Time. Other film scores include work for Rolling Stone magazine publisher Jann Wenner. He conceived, directed and wrote four original songs for Away We Go!, a musical video for children. Rent, his rock opera based on La Bohème, had its world premiere on February 13, 1996 at New York Theatre Workshop. Mr. Larson died unexpectedly of an aortic aneurysm on January 25, 1996, ten days before his 36th birthday.

Ghostlight Records  has become the leading independent force in Original Broadway Cast Recordings – building a library of over 200 records over the past 19 years, featuring some of the most successful Broadway musicals and solo albums by Broadway’s brightest stars. Founded by Grammy Award winner Kurt Deutsch, Ghostlight has won Grammy Awards for The Band’s Visit, The Book of Mormon, In the Heights and Beautiful – The Carole King Musical. Ghostlight has also released solo albums from Patti LuPone, Kelli O’Hara, Sutton Foster, Billy Porter, and more. The label continues to support the new generation of musical theater composers and has developed extensive relationships with Jason Robert Brown, Michael John LaChiusa, and David Yazbek, as well as Lin-Manuel Miranda, Pasek & Paul, Tom Kitt, Joe Iconis, and Shaina Taub. Ghostlight Records is part of the Arts Music division at Warner Music Group. ghostlightrecords.com

2. One of These Days

3. Break Out the Booze