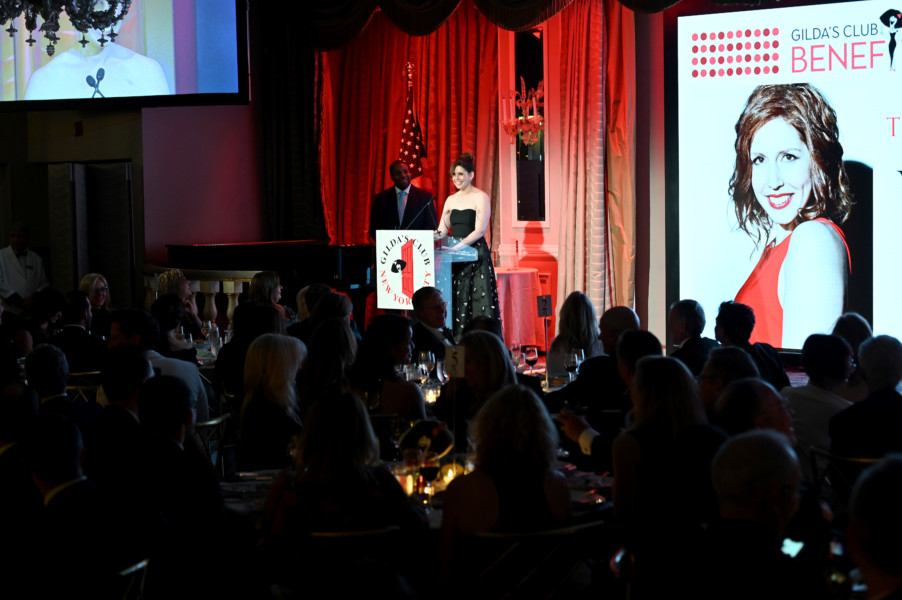 The comedian was awarded at the Pierre Hotel in New York City.  Friend and fellow “SNL” cast member Kenan Thompson presented her with The Gilda Radner Award.

“I applaud you all for what you are doing here,” said Thompson to attendees whose ticket purchases went to help back the free services patients receive at the center. “The world needs more people like you.”

Vanessa Bayer, who recently released her first children’s book, “How Do You Care for a Very Sick Bear,” was inspired by her own personal experience with childhood cancer.

“It’s an incredibly important organization to me,” said Stone in a taped message to the audience from the set of her latest film. “I’ve seen firsthand how incredible the work is they do there and how they help so many people.”

The room was brought to tears as present day patients at the center spoke on their love of the program before a lively auction took place that brought in thousands of dollars.

Gilda’s Club New York City provides a welcoming community of support for cancer patients and their families.  Their free program is an essential complement to cancer care, providing support groups, educational lectures, healthy lifestyle workshops and social activities at its Clubhouse in the West Village and Gilda Comes to You partners located at medical centers throughout NYC. Founded in 1995 by Gene Wilder, psychotherapist Joanna Bull, Mandy Patinkin, Joel Siegel, and others, in memory of Saturday Night Live (SNL) cast member Gilda Radner, who passed away from ovarian cancer.  Gilda’s Club NYC provides a place where no one faces cancer alone. www.gildasclubnyc.org