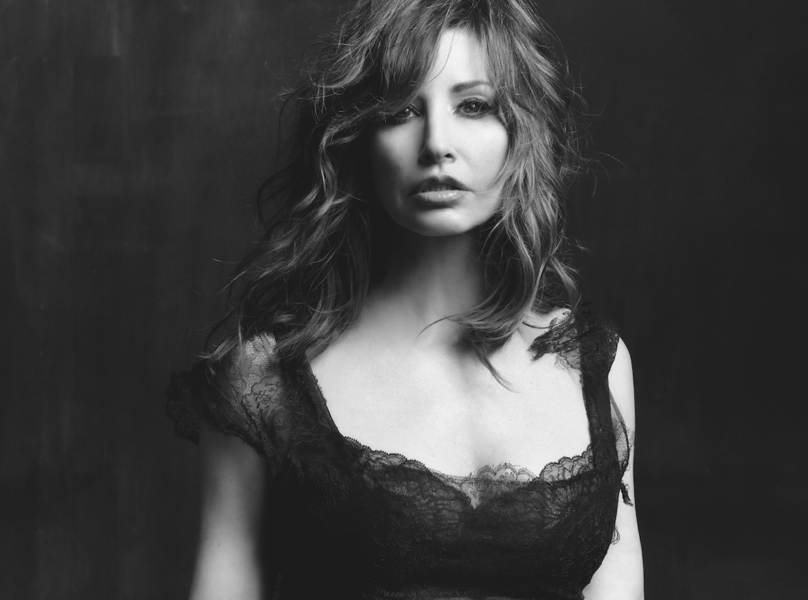 The 1st Annual Trump Family Special  finds Trump’s brood has gathered to perform in a live televised event for the new Trump TV network. But when the orange man-of-the hour runs late, host Ivanka stalls by interviewing the various family members, which leads to a wide array of clever character songs.  And when they are “off camera,” we find out what the family’s really thinking…

Gina Gershon most recently starred in the Stephen King / John Mellencamp / T Bone Burnett musical “Ghost Brothers.”   Additional stage credits include her role as Gabriella in the Tony Award-winning revival of “Boeing Boeing”, “Bye Bye Birdie” where she starred as Rosie, a 2001 starring role as Sally Bowles in Sam Mendes’s Broadway revival of “Cabaret”, and the stage plays “Camille” opposite Kathleen Turner and Jon Robin Baitz’s “The Substance of Fire” (both at the Long Wharf Theatre). Gershon is a founding member of the New York-based theater company Naked Angels. She most recently completed a residency at the famed Café Carlyle where she performed her musical act “Wild Women Don’t Get the Blues” to rave reviews. She can most recently be seen in TV Land’s “Younger” and Kay Cannon’s “Blockers.” She was last in “Permission”, which premiered at Tribeca Film Festival.

In film, Gina starred opposite Matthew McConaughey in the dark comedy “Killer Joe”, directed by William Friedkin. Gershon received rave reviews and was awarded “Best Supporting Actress” at the Toronto Film Festival for her performance as Sharla Smith. Some of her most memorable roles in film include John Hughes’ box office hit “Pretty in Pink”, Paul Verhoeven’s “Showgirls”, the Wachowskis’ “Bound,” “Red Heat” opposite Arnold Schwarzenegger, “Cocktail” opposite Tom Cruise, John Sayles’s “City of Hope,” Robert Altman’s “The Player,” the John Woo blockbuster “Face/Off” opposite John Travolta and Nicolas Cage, and Michael Mann’s Oscar-nominated “The Insider” opposite Al Pacino and Christopher Plummer.  Her  TV credits include the hit Amazon comedy series “Red Oaks”, the Judd Apatow produced HBO comedy series “Crashing” and the Golden Globe winning series “Empire”. Gershon can be seen in Lifetime’s “House of Versace” where she plays Donatella Versace, Larry David’s “Curb Your Enthusiasm”, as well as HBO’s “How to Make It In America” and Danny McBride’s “Eastbound & Down.” Other notable credits include Denis Leary’s FX series “Rescue Me”, a reoccurring arc on ABC’s “Ugly Betty”, the CBS mini-series “Sinatra,” the TNT original movie “Legalese”, and starring in David E. Kelley’s action detective drama “Snoops.”

Danny Salles: creator/writer/director/lyricist– The 1st Annual Trump Family Special, marks Danny’s theatrical debut as a writer/director.  He comes to the show as an Emmy-nominated television showrunner and director.  He directed episodes for the last 4 seasons of the hit ABC comedy The Middle. He’s had the pleasure of showrunning and directing numerous unscripted TV series with great comic voices: Joan Rivers in Joan and Melissa (WeTV), Kathy Griffin: My Life on the D-List (Bravo) (Emmy nom), Andrew Dice Clay, Dice Undisputed(VH1), Kristen Wiig, The Joe Schmo Show (Spike) and Todrick Hall Todrick (MTV).  Danny wrote feature comedy Inner Beauty, My Ass for MGM, an animated comedy pilot Fashionista and Glamour Girl voiced by Joan Rivers, Michael Urie and Seth Rudetsky, and his comedy feature Three for All is now in development at Jeremy Garelick’s American High Productions.  He is a graduate of USC’s School of Cinema Television and Princeton University.

Tor & Lisa: music and additional lyrics – Grammy nominated songwriter, Tor Hyams, and veteran Broadway performer, Lisa St. Lou, formerly Rothauser (The Producers) began their partnership by collaborating on Stealing Time, which premiered at NYMF 2012 and was featured in both the Emerging Artists theater and The Finger Lakes Musical Theater Festival. Their adaptation of the legendary television show, Green Acres, for Center Stage Capital, recently announced plans for a Broadway run.  Additional projects include Ensemble, a collection of previously unpublished letters by Tennessee Williams, ’til midnight, with bookwriter/actor, John Cariani (Something Rotten), an adaptation of the Warner Brothers movie, Collateral Beauty, and an all-audiences show with Backstreet Boy Howie D called How We Do, which will premiere September 2019 at The Rose Theater in Omaha, Nebraska. Tor & Lisa wrote Mommy Needs a Timeout for Nickelodeon’s Nickmom.com and tour the country with their one-woman event, LIFE. Who Knew?, including New York’s 54 Below and Joe’s Pub, Los Angeles’ Rockwell, and the Gaslight Cabaret Festival in St. Louis.  The duo participated in the BMI Lehman Engel Musical Theatre Workshop and were selected two times as residents for the Johnny Mercer Writer’s Colony at Goodspeed Opera House.

Benjamin “Benji” Schwimmer: choreographer – A So You Think You Can Dance winner, Benji holds multiple World Championship titles as both a partner and soloist. His ability to cross over multiple genres has earned him an MTV Video Award in Choreography AND Dancing. Directing and choreography credits include World Of Dance, DWTS, American Idol, McDonald’s, X-Factor, SYTYCD, AGT, Vh1 Diva’s Live, The CMA’s and LOVE LOUD Fest. Benji is currently an associate choreographer on the new Quentin Tarantino film, ” Once Upon A Time In Hollywood ”

The 1st Annual Trump Family Special made its world premiere in Los Angeles at Vitello’s Supper Club and also had a showcase at New York’s Laurie Beechman Theatre in 2018. Every single performance has been met with thunderous applause and standing ovations from sold out audiences. “They were the most well attended performances in Los Angeles and New York stage history,” as stated at the most recent White House briefing.

Performances of The 1st Annual Trump Family Special run every Thursday at 9:30pm beginning on September 13th and running through December 6th  (there is no performance on Thanksgiving).