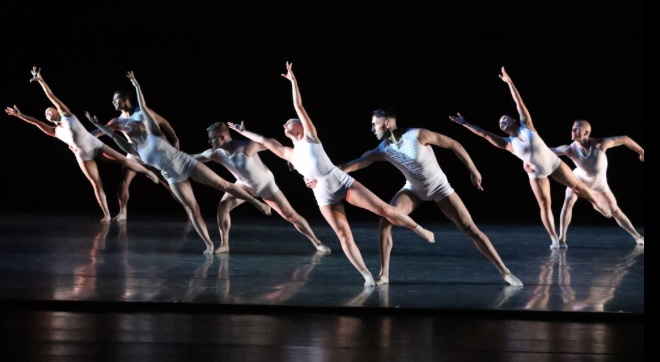 Now in its 59th season, Giordano Dance Chicago is back with its latest collection of modern dance pieces, 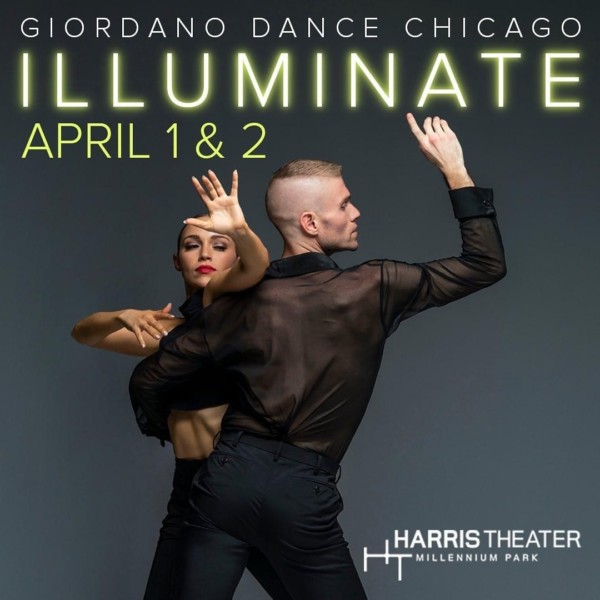 Illuminate, at the Harris Theater at Millennium Park. No April Fool’s prank, this premiere jazz dance collective didn’t come to play. They came with the fervent intention to dazzle. Each piece wildly different and distinctive, GDC’s Artistic Director Nan Giordano commented this season is about “looking back but feeling hopeful”. Thumbing their collective noses at traditional gender roles through movement and costuming, Illuminate proved quite, well, illuminating. Bold, brazen, brash and bewitching, GDC’s company entertained from beginning to end. 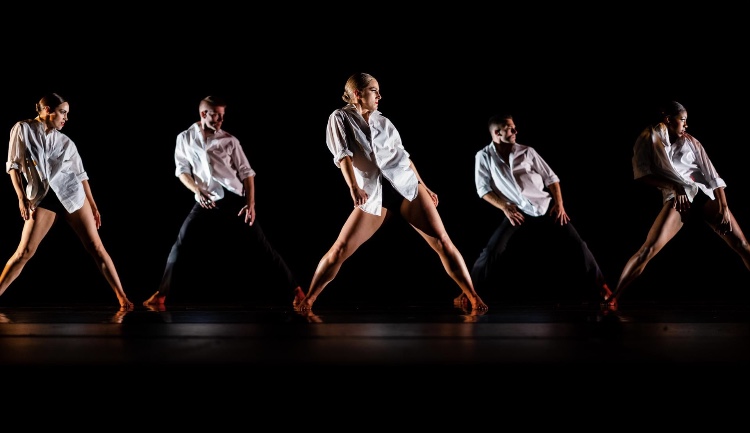 Dedicating the performance to “those across the globe who are displaced, disrupted, and disheartened, and who have no freedom of choice” the opening number was purposely uncomfortable. Titled “EXit4” this vignette initially debuted back in 2013, but Israeli-American choreographer, Ronen Koresh’s piece was just as relevant today. Initially socially distanced six feet apart and with militarist syncopation and inversion, the group was anxiety personified. Their Branimira Ivanova costumes adding an additional element of solidarity and unison, the piece included an extended moment where the dancers stopped to viscerally holler at the audience with furious and menacing unfiltered rage. 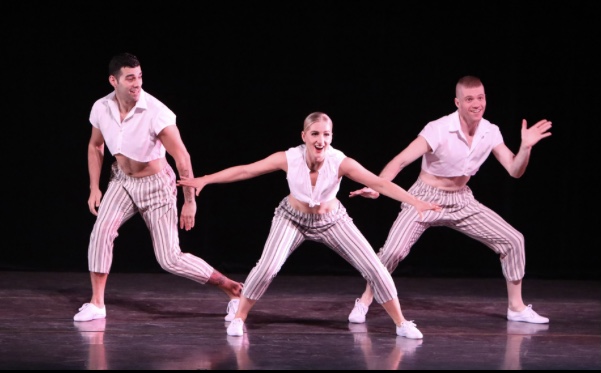 Switching drastically for the second piece, “The Man That Got Away” a darling dancing duet between a motionless Executive Director Michael McStraw, and a strong solo from a whirling and twirling, Ashley Downs. This stunning lady, in costume designer Jordan Ross’ red, a one-sided romance set to the familiar Judy Garland song. The first act concluding with 2008’s “The Ritual Dynamic” featuring all fifteen dancers in matching Laura Wade costuming. Jon Lehrer’s powerfully athletic choreography perfect for this clique that clicked. The bold jumps, flips and dives with genre defying movements and legato, demonstrating some of the most powerful lines of any of the pieces on display.

Act two began with a world premiere, “Retroverse” that stopped and started time with almost comic book-esque panel cuts. The curtain would drop mid-performance, and as it rose again, the dancers had moved to different sections of the stage, with movements completely different than before. Autumn Eckman’s edgy and strong choreography was magnificent to behold. Dan Myers’ score accenting the piece to perfection.

The whimsical world premiere “3” featured dancers Adam Houston, Katie Rafferty and Fernando Rodriguez as a fun-loving trio, warm as sunshine and as relaxing as a day by the seashore. Their matching Nina G. striped capri pants, equally fun and flirty. Joshua Blake Carter’s choreography felt loose, each dancer given the opportunity to shine. If the opening number of the night was to shock, this one was certainly added to sooth.

The final piece of the evening, 2014’s “Feelin’ Good Sweet” was set to a Michael Bublé song with inspiring movement and enthusiastic energy. This ode to classic Broadway, a Bob Fosse Chicago meets Cabaret tribute was the perfect blend of style and substance. With not-so-basic black costuming, designed by Emily Nelson, and featuring almost the entire troupe, the evening ended cheeky, sassy, sexy and seductive. I am looking forward to season sixty!