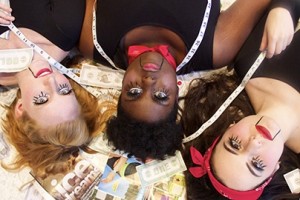 The internationally renowned and award-winning ensemble GIRL BE HEARD (girlbeheard.org) – a nonprofit theatre company, empowers young women to tell their stories. Embodi(ED) deals with the American distorted perception of body images and the multi-billion dollar industry that profits from insecurities affecting both men and women. The show has been devised by the GIRL BE HEARD ensemble, who conducted interviews with people of all ages and genders. “Media messages and myths tell us that we are fat and ugly and it seeps like poison into our homes and into our bones. It was passed on to me as a child, and I am proud to stand with the young women of Embodi(ED) to stop this war on our bodies,” says Jessica Greer Morris. “Embodi(ED) puts a personal face on the staggering statistics of people affected by eating disorders and how the diet industry impacts our daily lives,” adds Ashley Marinaccio.

All performances will be followed by a 15-minute talkbacks, featuring health professionals, women’s right activists and the creative team. Confirmed participants include Heather Ferguson, LCSW, a NYC-based therapist, educator and writer specializing in eating disorder treatment, trauma and grief, on February 13th.

GIRL BE HEARD (formerly known as Project Girl Performance Collective) is a non-profit theatre company that brings global issues affecting girls center stage by empowering young women to tell their stories. It provides a safe environment for young women to write, direct and perform theatre productions on pressing socio-political issues under the guidance of professional directors, playwrights, actors, activists and intellectuals. Under Ashley Marinaccio’s direction, GIRL BE HEARD’s performances have toured internationally and received critical acclaim from The White House, The United Nations, the New Yorker, The New York Times, The Huffington Post, Ebony Magazine, National Public Radio, and media outlets across the globe. The collective has written and performed award-winning shows including: Girl Power: Survival of the Fittest; Project Girl Congo (commissioned by Panzi Hospital USA and performed in the White House); Child Bride (commissioned by the United Nations Girl Up Foundation and presented as a five-city tour); Trafficked, about girls in New York City enslaved in the sex trafficking industry; 9mm America, exploring America’s culture of gun violence; and DISPLACED, examining displacement, homelessness, and the consequences of conflict in the U.S. and abroad. In recognition of their human rights work with activists, advocates, and survivors from around the world, in July 2015 the United Nations named GIRL BE HEARD an official non-governmental associate organization for the United Nations’ Department of Public Information – an affiliation granted to most prominent and vocal human rights NGOs worldwide. 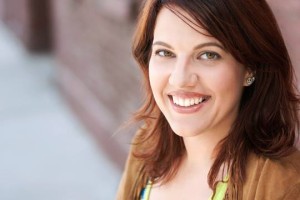 Ashley Marinaccio (director) is the co-founder and artistic director of GIRL BE HEARD and an award-winning writer, performer, and photographer dedicated to documenting the socio-political issues that define our times. Her interests include utilizing theatre for peace building, healing and empowerment in conflict zones and in marginalized communities both at home and abroad. Her theatrical work has been seen off-Broadway, at TED conferences, The White House, and the United Nations, to international acclaim. She is member of the Lincoln Center Directors Lab and Old Vic/New Voices. Ashley was awarded the Lucille Lortel Women’s Visionary Award for her work with GIRL BE HEARD.

Jessica Greer Morris (producer) is the executive director of GIRL BE HEARD, a ​social justice activist, grassroots organizer​, ​​published playwright​, performer, cabaret singer, and public health expert. She has been featured as one of Newsweek’s 2012 “150 Fearless Women Who Shake Up The World” and awarded the 2013 SELF Magazine’s “Women Doing Good Award,” among other accolades​ for her innovative leadership at GIRL BE HEARD.​ ​She has produced theatrical work for the United Nations, TED Women, the White House, NYC Fringe Festival, the Estrogenius Festival and spearheaded numerous GIRL BE HEARD State-Department public diplomacy tours to raise awareness about human rights issues affecting women and girls.

Embodi(ED): HERE (145 Sixth Avenue, enter on Dominick, 1 block south of Spring Street) opens Thursday, February 11th. Embodi(ed) will have a limited run through Sunday, February 21st. Tickets are $20; $10 for students and seniors; and $40 for Fairy Godmother Tickets, which includes a donation to GIRL BE HEARD. All tickets can be purchased online at here.org or by phone at 212-352-3101.The playing schedule for EMBODI(ED) is as follows: Thursdays, Fridays and Saturdays, Feb 11-13 and 18-20 at 7pm; Sundays Feb 14 and 21 at 2 pm.