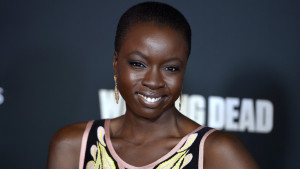 Girl Be Heard to Honor Danai Gurira and Fran Hauser

Girl Be Heard to Honor Danai Gurira and Fran Hauser 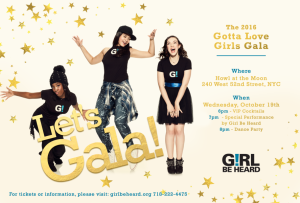 On Wednesday, October 19, 2016, Girl Be Heard, the girl-led global movement and theatre collective, will honor Danai Gurira and Fran Hauser with the prestigious Fairy Godmother Award at their Gotta Love Girls Gala in New York City. The award, presented annually to two women for their outstanding work as advocates for girls and women around the world, will be bestowed and celebrated among an evening of music, dancing, and theatre.

These honorees have a very personal relationship with Girl Be Heard, and have served as mentors to countless young women in its community. The organization is excited to induct Danai Gurira and Fran Hauser into the Girl Be Heard Hall of Fame, joining previous awardees: Hamilton star and writer Lin-Manuel Miranda, community advocate and father of Lin-Manuel Luis Miranda, Nobel Laureate Leymah Gbowee, the first female Premier of Bermuda Pamela Gordon-Banks, President of the Women’s Missionary Society of the AME Church Shirley Cason Reed, and Proskauer Rose partner Katharine Parker.

Honoree Danai Gurira is a Zimbabwean-American superstar with a cult following for her leading role as Michonne on AMC’s hit TV series Walking Dead, and the renowned playwright of the Broadway hit Eclipsed. It is no coincidence that Gurira’s Eclipsed tells the story of one of Girl Be Heard’s past gala honorees, Leymah Gbowee, who won the peace prize for her work in Liberia. Like Gbowee, Gurira saw her first Girl Be Heard show in 2014, when the girl-led theatre collective was touring London with a show about rape in conflict zones, and has been a supporter ever since. To support the charity, Danai wrote a powerful testimony of why she loves Girl Be Heard and is spotlighting the theatre collective in her newsletter, Love Our Girls.

“I had to get to know them,” says Gurira, describing her first encounter with the collective. “I was an immediate fan. Girl Be Heard has created a space for young women to nurture their global citizenship, and speak to issues affecting girls and women with power and authority. One young lady shared with me how she had suffered a lot from bullying in her young life (sixteen!) and at one time contemplated suicide. She is now an anti-bullying advocate and encouraged me to bring girls I know to join and receive mentorship and support. I was amazed that this girl was already giving back—an advocate and an activist, creating safe spaces for others and serving as a mentor. That is what is so special about Girl Be Heard. It makes sure no girls are left behind. It nurtures leadership. It teaches girls of their power, and of their worth. Organizations like these are our way forward; they steward the greatness of girls across the globe and remind us to do the same.” 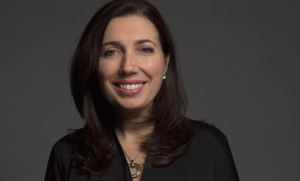 Honoree Fran Hauser is an Italian-American entrepreneur born in a small village in Calabria, Italy, Solano. Hauser has broken countless glass ceilings in the male-dominated technology industry and never fails to give back as an angel investor to women and girls. When Fran first came to the United States at age five, Italian was her first and only language; her kindergarten teachers thought she had a hearing problem. By the end of first grade, she spoke English fluently. Today, she’s a digital media guru, one of Refinery29’s six most powerful women in the NYC tech scene, and an inspiration to countless young women entrepreneurs and Girl Be Heard members, all of whom marvel at her genius and humility.

“It is such an honor to be recognized by an organization that I have so much respect and admiration for,” says Hauser. “Girl Be Heard is doing is doing transformative work. They create spaces for girls to express themselves about topics they care about most—topics that resonate with people all around the world—and amplify these stories and voices. As someone who is passionate about investing in women and inspiring change, I couldn’t be more thrilled to accept this honor of Fairy Godmother, and to be part of the Girl Be Heard family.”

WriterSeptember 30, 2022
Read More
Scroll for more
Tap
Paper Mill Playhouse Flaunt’s It With The Producers
Aisle Say On The Square: The Grim Future Ain’t What It Used To Be